The Curse of the Restless Writer Brain 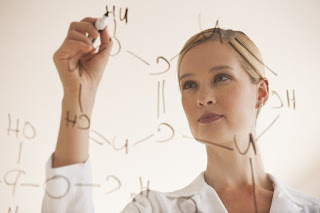 It never rains but it pours.


Having regained my usual ruthless optimism and energy, I'm busily working away at three books right now. Yes, three. I went from unable to formulate complete sentences on paper to working on three books at one time.


Want to know my secret?


Yes, I'm drinking this banana coffee smoothie thing in the morning and it's just fant--


No. I wish I had a quick fix I could offer my equally burnt-out writer friends. I think it was basically just having a bit of time to breathe and swim and read and chat with friends...and catch up some of the stuff that was making me nuts.


That last is always a temporary state of affairs though. The problem with being a self-employed writer is no sooner do you complete one task -- arrange for Italian translations! -- then a new challenge occurs -- just lost narrator for The Mermaid Murders!


But thanks to the bananas, I'm rolling with punches and punching the rolls. Or something.


One of the projects was what I think of as a "throwaway" project. Not that it's not a real project--these are inevitably the projects that end up being the most work--but it's a project that can be relegated to the back burner if needed. And it's a project which I figure won't bring in a lot of money, so it's very much just for fun. And a healthy writer brain needs a few of those in order to keep cranking.


Anyway, I decided to experiment with Kindle Unlimited for the launch of this one. And I wanted to discuss why--given that I'm a staunch and vocal opponent of KU and Amazon's exclusivity policy.


I've had a couple of people challenge my stance given that I've never actually done Kindle Unlimited. Maybe they think I'd change my mind about it if I saw How Much Money You Can Make with it!!!!


See, I think I probably make more money than most authors in Kindle Unlimited, and I believe that I will actually make less putting this crazy little project into the program. But I don't know. And there is some very interesting data on the numbers (and on author earnings in general).

I'm sort of an anomaly in my genre as it is thanks to primarily writing mysteries and crime for an audience that typically doesn't read a lot of mystery and crime. So it's possible my success is an anomaly too. I don't know. Hence the experiment. I'll compare my preorders and first month earnings for a couple of my regular releases versus this KU release and we'll see what happens.

That's reason number one. I haven't seriously ever tried KU before, so I may as well find out exactly what I'm "losing" by taking my high-falutin' stance on the program.


(I can tell you this though. Regardless of what the earnings are, the book goes straight into general distribution when the KU time period is over.) 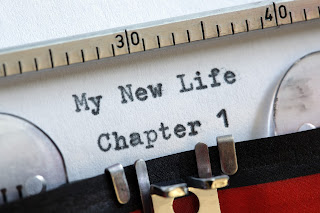 The second reason is this question of Discoverability that haunts us all in indie publishing. Given the tidal wave of STUFF (good, bad and indifferent) pouring out daily through the various bookselling channels, it gets harder and harder to find new readers. Now why do I need NEW readers when I have so many wonderful loyal existing readers? Because a writer's long-term survival is largely based on continuing to sell backlist, and you need new readers for that. The existing readers already have your (my) stuff in every conceivable form up to and including the coloring book. ;-)


Again, I have my doubts about this experiment because I suspect a lot of the readers who subscribe to KU are loyal to price point rather than author. But maybe I'm wrong. If I'm wrong then it's useful to know that.


Anyway, the book I plan to experiment with is The Curse of the Blue Scarab, which I'm calling my monster mash-up. It is in fact a literary mash-up of a 1912 novel called The Mummy by Riccardo Stephens.


I'll talk a bit  more about the project in detail later on, but I wanted to reassure readers before I list this for preorders that I'm not planning to make this book an Amazon exclusive permanently nor are any of my other titles present or planned going into KU.


I changed my mind and decided that it was not fair to do one of the year's "big" books as a KU title--especially when it would mean having the books unavailable to other sites for about six months (taking into account the lengthy preorder phase on that one--the 90 days doesn't start until the book actually goes live). So instead I'm doing this next post WW2 historical mystery novella as my KU project. That will sort of skew the results because this won't have as long a preorder run and it's not a novel AND it's historical which is a typically smaller audience for me, but there you go.