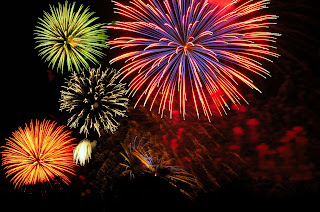 The news just keeps getting better, doesn't it?

You know you're in deadly serious trouble when The Donald congratulates you on making a smart move.

Yeesh. And now there's talk that Britain's leaving the European Union might encourage Texas to secede from our Union.

So there IS a ray of hope.

Hahahahaha. Just kidding, Texas. You know we love you. Especially now that the Supreme Court delivered your wake-up call.

But seriously (or SRS, as the nieces inform me) I am so very weary of people trotting out the Founding Fathers like demi-gods and then proceeding to completely misunderstand and misquote everything they fought for. (That would be everything the FFs fought for, not these modern day posers.)

I'm not going to get into that, though. (I know, breathe a sigh of relief.) The Founding Fathers, like everybody else in the world, were not always united in thought or deed. Believe it or not, they didn't always share the same aims and goals or even ideals.

How did they resolve those differences? Well, they didn't take out their dueling pistols. I can tell you that much. They, you know, debated and talked and voted. That kind of thing. Grown-up stuff.

You probably already know that there was a good deal of debate over crafting the Declaration of Independence.

Or maybe you don't. But yeah, these educated and experienced men did not all agree. For example there's an apocryphal story that Alexander Hamilton objected to Jefferson changing John Locke's sacred trinity of the pursuit of "life, liberty, and estate" to "happiness."

The final version of the Declaration of Independence reads thusly:

We hold these truths to be self-evident, that all men are created equal, that they are endowed by their Creator with certain unalienable Rights, that among these are Life, Liberty and the pursuit of Happiness. —— 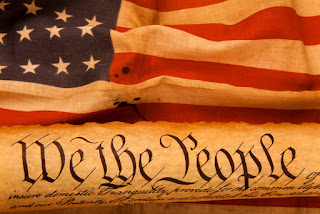 Happiness. Can you imagine that?

There are a ton of essays on why and where Jefferson came up with the idea of pursuing Happy. But I think the why and where are pretty much irrelevant. For whatever reason the pursuit of happiness (which, clearly, was not to be defined as the pursuit of monetary self-interest--or else Locke's wording would have stood as was) makes me, well, happy.

It's sort of...grounding. Centering.  It's a reminder that we weren't -- aren't --  all crazy with greed and self-interest. If it's true that Hamilton bitterly contested Jefferson's wording, they worked it out by vote or debate. Consensus was achieved.

(Which is a positive thing because, though I guess it's tactless to point this out, let's not forget how it went when Hamilton did resort to pistols over words).

The Pursuit of Happiness.

I like it. I like that they argued about it, but then conceded that Happiness was more valuable than Property. You can debate what "Happiness" means all you want, but it clearly wasn't -- isn't -- "Property."

May you be ever successful in your Pursuit of Happiness.