What Shall We Talk About? 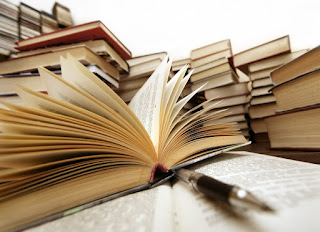 A lot of authors are giving up on blogs in favor of communicating with readers on other social media sites like Twitter and Facebook. Don't get me wrong, I enjoy Facebook and my Goodreads group. I'm not a fan of Twitter, though I do occasionally pop in. The problem with Twitter is that it's difficult to have an actual conversation, and as I think about it, one thing that I do really like about blogging is the discussions that often arise out of it. This is also why I used to enjoy LiveJournal so much. The informative and amusing discussions that would evolve in the comment section.

But then again, as more and more members of the m/m romance community become writers and reviewers in their own right, there's less time for discussion anyway. Do you still visit blogs like you used to? Do you yourself blog? I used to visit and interact on blogs, but that was years ago. I really rarely have time to read blogs, let alone comment barring the occasional industry train-wreck or post on something of current interest.

Which brings me back to my own blog. I don't have a huge following here, and most of you follow me elsewhere as well, but the traffic is pretty decent and I enjoy our interaction.

Most of you are readers, not writers, so I assume general writing info would not be of interest. But then again, you never know. Do you want to see more guests on the blog? Do you want more excerpts? Contests? Giveaways? Incessant babbling from me? ;-D  What would be of interest?

Now's a good time to figure this out because we still have half a year's worth of blogs ahead.