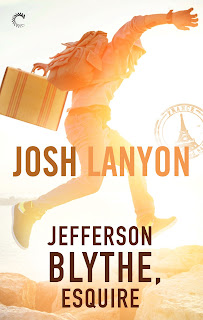 “That is a brilliant disguise.”


I glanced down and met the bright blue gaze of a girl. She was about my age, or maybe a little older. Twenty-three? Twenty-four? Masses of curly platinum hair, a fierce nose that was too big for her thin face, a wide mouth painted tangerine.


I smiled. I didn’t know what she was talking about, but something about her reminded me of Amy, if Amy hadn’t been…Amy.


No, that wasn’t fair because Amy was pretty and this girl really wasn’t, although she definitely had something. She looked at me with bright expectation, and that was confusing because girls like her did not expect much from boys—men—like me.


That’s not a complaint, by the way.


Anyway, we were standing in the middle of , and I was trying to figure out where I was. I mean, I was in , obviously. . But it was like I’d stepped off the plane into a different world. Onto a different planet. A very busy, very noisy planet. Where the natives did not speak my language. That’s because people in do not speak English. Or at least, not the same English that you and I speak.


Of course, in fairness, no one can ever understand anything being said over airport loudspeakers.


Okay, so now I knew she was making fun of me. I smiled again, to show I could take a joke, tugged down the brim of my hat—which I was already feeling a little self-conscious about; I’m not really the kind of guy who wears hats—and started walking. She walked with me.


People passed us, coming and going, lugging guitars and backpacks or wheeling luggage and children. Heathrow is one of the busiest airports in the world.


“Where are we going?” The blonde girl asked.


As a matter of fact, I did have a list. A partial list which included, in no particular order: 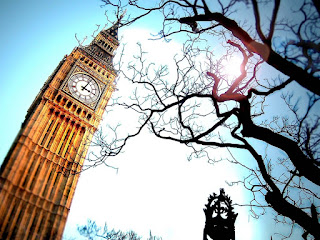 
Since I only had four days in , there was no way I was going to get to everything. But that was okay. The idea was to explore, investigate, broaden my horizons. Or at least get the hell out of Dodge for a while.


She put a hand on my arm. “I think we should go somewhere quiet. Don’t you?”


I paused. Looked at her in alarm.


Surely not? Her makeup was kind of dramatic, and her lacey black top was pretty sheer, but no. No, she was not professional. Just persistent.


“Actually, I’m meeting some people,” I said apologetically, though I’m not sure what I was apologizing for.


She laughed outright. “I should think so!”


Her brows drew together. “What are you…” I missed the rest of it as, overhead, a blurred female voice delivered some vital piece of information that no one could make out. There was no mistaking my new friend’s expression though. She looked alarmed and then increasingly angry.


“…suitcase, you’ve got the hat,” she said as the voice above us cut off. “If you’re planning to…” Another overhead announcement. This time the voice was male, but the message remained garbled.


I thought it might be a good idea to bounce, and I smiled, nodded, and turned away. Tightly clutching my suitcase, I hurriedly resumed my search for the Underground.


According to the Heathrow website, the Piccadilly Line provided the most cost-effective rail route between and the capital. The capital being…? The trip was supposed to be less than an hour, with trains showing up every ten minutes or so even off-season. And July was not off-season. According to legend—and the website—there were three London Underground stations, but it took me a while to find even one because I kept looking over my shoulder for the girl who sort of looked like, but was definitely not, Amy.


Once or twice I thought I spotted her a few yards behind me, hair like a white bush and a look of fierce concentration on her pale face. Each time she was lost to view.


Assuming she was there at all and not busily accosting some other international traveler. 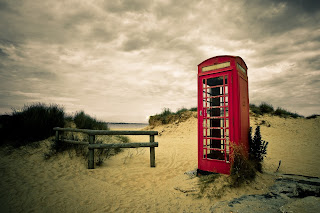 Finally I found a station, boarded the “Tube” seconds before the doors whooshed shut, and staggered to a seat. I sighed and wiped my forehead, knocking off the hat that had drawn so much unwanted attention. I looked around uneasily, but there was no sign of pursuit. People had out maps and brochures and electronic devices and snacks. No one was paying me any attention.


I picked up my hat, brushed it off, and set it on the seat beside me.


It was just an ordinary hat. Your basic Peter Grimm paper fedora. The kind of thing a lot of guys wore. Not guys like me, maybe. Or not like the old me. But I wanted to be the kind of guy who wore a hat if he felt like wearing a hat. And where better to test the look than on another continent where you wouldn’t have to face anyone again if it didn’t work out?


And then there was that half-heard reference to my suitcase. What was that about? I looked over at my suitcase. It was old, it was battered. That was kind of what I liked about it. It had belonged to my grandfather. Like the book, that tweed, striped suitcase had traveled with him to in the 1960s. It was starting to show its age, sure, and more so after the trip across the and down a couple of conveyor belts…so, come to think of it, maybe it hadn’t been the wisest choice.


Especially if it was going to trigger outbursts from crazy English girls.


I looked cautiously around once more.


Relax. It hadn’t been the greatest start to my trip, but it was already in the past.


Speaking of the past…


I fumbled around in my backpack and took shelter behind The Book. Esquire’s in Style.


My grandfather had regarded this book as a kind of talisman when he’d made his grand tour fifty years ago. It had been his idea—after the thing with Amy—that I should go abroad for a couple of weeks. He claimed his trip had been a turning point in his life, and there was no question that I was at a crossroads.


I studied the battered cover, decorated with cheeky orange and purple cartoons. I opened to my bookmark.


To be able really to dig , you must be the sort of person who prefers the quiet and subdued to the noisy and strident, and who’s more comfortable with old leather, varnished wood and polished brass than with chrome and plastic. It helps to have a slight allergy to bright colors, loud talk and high-pressure operations in general…


Due out this November. Preorder now: