Checkpoint, Please Pull to the Left 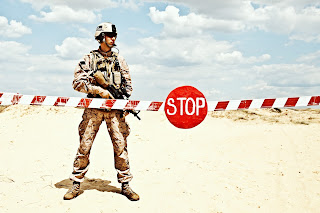 Today’s blog is sort of a where are they now blog.

No, not really. It’s more of a…it’s Friday, I probably need to do some kind of update.

This has been the weirdest year -- starting with my sudden decision that me and the SO should pick up and move. But now that the move is mostly complete (meaning I think we will be shoveling out Christmas ornaments and pails of old paint from the soon-to-be-rental-property for the foreseeable future, but OTHERWISE…) and we are pretty much settled.

I have accepted that everything cannot be accomplished in the first two months, especially when I am writing another book. And I will be writing something for the rest of the year. That’s just the way it goes when you don’t write anything at the beginning of the year.

Interior and exterior, the house is beautiful. Well, okay, it's perfect for us. And I hope to show some of our “final” photos maybe next week (when my desktop comes back from the repair shop).

I’m having trouble working in my office though. I’m not sure why exactly, because I wrote most of Winter Kill in the new office, but for some reason Jefferson Blythe, Esquire is driving me to my old bad habits of slouching in comfy chairs and playing the TV in the background. Maybe because I’m channeling my inner New Adult. I’m not sure, but I decided this was not the time to fight that battle, and I’m currently holed up in the giant chair in front of the fireplace in the master bedroom.

I hasten to say that the fireplace is not in use. It’s probably 80 degrees out there right now, despite a pleasant breeze drifting in from the large, picture windows.

I love this house. I love the direction my life is taking…although I’m not exactly sure what that direction is. I know I was ready for some changes, and I’m driving that transition, and while I’m not sure of my ultimate destination, I’m happy.

From a creative standpoint, there’s a lot going on. A numberof title are going into audio this year. I’m producing six of them myself, including a six-novella box set, so that’s a lot of audio for those of you who love to listen. This is going to be a real experiment because I’ve only done one project since ACX/Audible changed the royalty structure. If these books do not earn out, then that’s probably the end of putting the backlist into audio. I’ll leave it to my publishers. But I’m optimistic. You seem to really enjoy the added dimension audio brings.

There are a couple of projects coming for sure this year. One, of course, is Jefferson Blythe, Esquire and the other is a previously published work which I’ll talk more about later. The PPW is one of my all time personal favorites, so I’m hoping you’ll enjoy it too. But then what? A short story for the Trevor Project, a possible essay on Joseph Hansen… I’m not sure what else there will be time for.
There’s the trip to at the end of September. Two weeks of a musical, magical mystery tour. 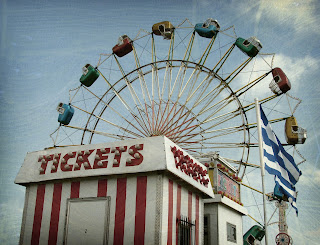 So as updates go, I guess this is kind of vague.

It is a very productive time, but as I look over the list there’s a lot of experimental or simply very different stuff happening. There were a lot of projects I had originally planned for this year, but they just didn’t happen. And, as I begin to plan out next year, I find myself wondering if it’s realistic to schedule them for next year either?

There’s just so much going on, so much in flux. Every day feels different. Is this the way to run a writing career? I honestly am not sure. I continue to make it up as I go along.

So that’s me. What about you? We’re more than halfway through the year now. Is 2015 turning out as planned?  What has been the biggest surprise this year?