Five Things I Do Wrong in My Publishing Career. And You Can Too! 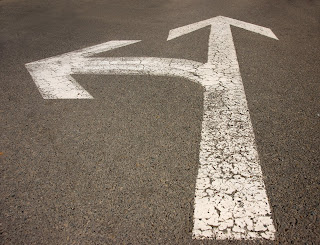 That's how I began publishing gay fiction, by the way. My agent believed it would be the kiss of death, and she was right for a long time. Well, no. She was right that I did not make any money writing gay fiction for many years. But I continued to write it anyway, and hey! Eventually I found an audience.

That said, I do market my work appropriately.  Because to try to sell your work to the wrong audience is an exercise in frustration for all concerned parties.

2 - I Do Not Network With Other Authors

I do however form real and lasting friendships with other authors. And I guess that can lead to "networking," but I don't try to force alliances, I don't exchange reviews, I don't promo books I don't like, and when I promo books I haven't read, I make it clear I'm promoting a friend or a publishing colleague.

Here's why. I have five thousand Facebook friends. And around that number on my Fan Page (with relatively little crossover) and no idea how many Twitter followers I have these days. Even if I wanted to, it would be impossible for me to "support" all my fellow writers. I would spend all day on social media and I would be blasting a never ending stream of promo into the ether. That would not do anyone any good. I love to interact with my author friends, but it's got to be organic.

I'll tell you what else I don't do. I don't write fake hostile reviews, I don't backstab or bad mouth colleagues in mixed company, I don't undermine or undercut other authors, and I try to control my jealous, competitive streak. I mind my own business -- because that's what my writing is. A business. And I try to run it in businesslike fashion.

I should qualify that because I do occasionally go through and read a ton of reviews all at once--it's really the only way to do it because that way you see how crazy-ass-subjective it all is. Good reviews make you self-conscious and bad reviews are demoralizing. So I avoid them and thus preserve what's left of my mental health.

Which isn't to say that I don't value reviews. I do! Very much so. In fact, I need to be way, way better about organizing reviews. But I still won't read them because...what am I going to hear at this point? Someone thinks something I disagree with. Or someone thinks something I agree with. Either way that book is over and done and I'm already working on the next one.

That said, I did read reviews for many years. I think reviews can be valuable for new and beginning authors, and I think authors still learning their craft and trade should most definitely listen for a consensus of opinion when hearing from readers.

Every genre has its tropes -- and they are not optional. They are required. In the detective story, the detective must go around asking people questions--even if he is an AI and does all investigating on the computer. In genre romance, there must be a HEA or at least a HFN. These are the parameters, they are how we define any given genre--a western will have to take place in the WEST--but they can equally be regarded as tropes.

But my sins go deeper. Much deeper. I LOVE goofy tropes. Secret passages. Secret babies. (Okay, maybe not secret babies. Not big on the kid trope.) I love trying my hand at a story concept that has been done a million times, giving it my own spin, my own treatment. I love kooky motifs and YES clichés like Happy Endings. I have to like what I write. Otherwise it's just data entry.

5 -  I Don't Use my Political Affiliations as My Writing Credentials 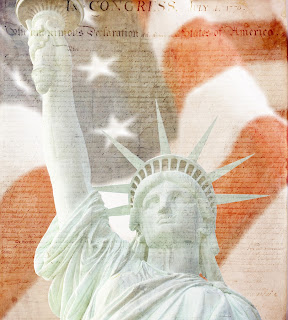 There's nothing wrong with posting support for the causes you believe in and support, but I also don't feel like I have anything to prove at this point. I'm not a flag waver. I never have been. I also didn't like wearing a school uniform. But I donate more to the causes I believe in than most writers earn in a year--in fact, one of the causes I believe in and donate to is the Author's Guild retirement fund. I believe in and support a lot of political and social issues. I think my work reflects my opinions and sensibilities, and because I'm a competent and persuasive writer, that can be a good thing. But I don't think sincerity replaces craft or talent. Mostly we're all writing to a built-in audience. It's a given--or it should be--that we're on the same side of these issues.


So there you have it? Would I--could I--be more successful in my writing career if I didn't do some of those things? Maybe. What is Success? It's relative, right?

I kind of think being happy in your work is a sign of achieving real success.
Posted by Josh Lanyon at 1:00 AM