I Owe You an Email!

I think that probably goes without saying. 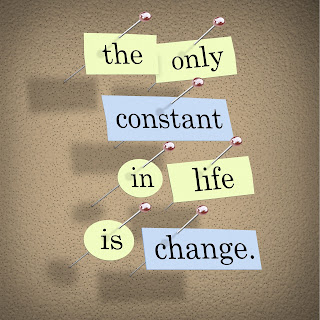 I am so far behind on...well, pretty much everything. But I've come to the conclusion (and it's kind of a relief) that I am not working much slower than I ever did. In fact, the SO asked yesterday if I was "on" something given the (apparently) frantic speed with which I was "buzzing" around. It's just that there is SO much more to do now. All the time.

And that doesn't, unfortunately, include writing.

But I am writing!

Meanwhile, I thought -- since I'm now six months late on my newsletter (yes, I AM hanging my head in shame) I'd better offer some kind of pathetic excuse explanation of what's going on. Kind of what's going on is a lot of laying groundwork for the future.  Moving forward, I plan on doing about 4 stories a year. I think that's a reasonably sane schedule which allows for quality writing but still takes into account the time needed to handle all the other stuff I now have to consider -- like print collections and audio books and marketing and promotion.

And the plan is to do half of those stories through publishers and half of them through my own JustJoshin imprint. But in order to get on those publisher rosters for next year, I have to write the proposals NOW. It's irritating, I know, when you're waiting for me to write something you can actually read in the near future, but I'm trying to be proactive. I'm trying to build the foundation of a sane life. A sane life in the future, because at the moment...not so much. The proactive phase is BRUTAL.

Like, for example, my typical day involves...figuring out wholesale prices on print books for a Canadian bookseller, responding to an email from a French publisher, finding copies of tax forms for another (now I have two?!) Japanese literary agent, writing back cover copy for the short story print collection -- stopping everything to jot down notes about a series of interlinking novellas about a haunted museum -- dashing into Facebook and Goodreads to say HELLO!!, writing Audible.com to find out why the last two audio books aren't listed on Amazon yet, finishing final round of edits on short story collection, approving cover art for same, answering quick email from new editor at Entangled...

And before I know it, another day is gone.

And I didn't write a damn thing.

See, that's where I am right now. That's why, as much as I value emails from you all, I'm not getting around to answering them in a timely fashion. Or at all, I fear.

But stuff is happening, I am writing, and here's a list of some of what's on the horizon:

The Hell You Say audio book should be out mid-June

Shinshokan has selected Don't Look Back for Japanese translation

The Darkling Thrush, Ghost of a Chance, Winter Kill, and The Ghost Wore Yellow Socks will be translated into French

In Sunshine or In Shadow: Collected Short Stories Volume 1 should be available in June (13 stories, including the 5 Petit Morts, a lightly rewritten version of "The French Have a Word for It," and one new exclusive short story called "In Plain Sight")


All that said, I do still plan on completing all the projects I had planned for this year. I could be delusional at this point, but I think we're still...well, I won't say on track, but we're not derailed yet, and that's a good sign!