Character Interview #2: Conlan and Finn from LOVERS AND OTHER STRANGERS 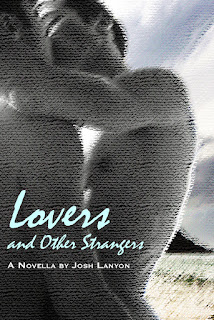 “He’s better now. A lot better,” Con says. We’re sitting in the weathered chairs on the long front porch of The Birches, watching Finn, who’s painting. He’s positioned his easel on the green lawn sweeping down to the rocks at the edge of the bright water, and he’s working, absorbed and oblivious to our quiet observation.   “He had us all worried for a while.”

“You mean because he was depressed about Fitch?”

Con nods absently, all his attention on Finn. “He’d have had a hard time with it anyway, but given the circumstances…”

I don’t comment on the circumstances, particularly Con’s role in them. Instead, I say tactfully, “Too many things hitting him at once?”

“He was still recovering from the accident last winter, still vulnerable emotionally and physically, though he’d never agree with that.” Con smiles faintly. “So when it all did finally hit him, it hit him hard.”

“There’s nothing he could have done.” No one knows that better than me.

“True. Guilt isn’t always logical. The fact that Finn was the only person with a valid reason for not noticing what was going on, didn’t matter. From his perspective, he’s the one person who should have known.” The stern lines of Con’s lean, ascetic face ease. “But like I said, he’s better now. He’s sleeping. He’s eating.”

“No. I don’t mind. I tease him about it, but no. It’s a relief. It’s standard operating procedure for the Barrets.” From inside the house we hear Martha humming as she sets the dining table for the family luncheon.

Con remembers he didn’t answer the rest of my question. “The book got put on hold while Finn was – anyway, now that we’re past all that, I’ll be back to work soon, too.” 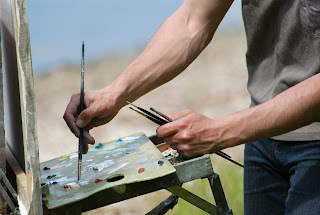 “How are Martha and Uncle Thomas and everyone else?”

“It was rough on everyone after the news broke. The publicity was hell. was wall-to-wall with reporters and news crews for a few weeks. But things quieted down. Life goes on. Thom’s in this week. And you know Martha, nothing could make her happier than having one of her chicks back in the nest.”

“So you’ve been living at The Birches?”

Con nods. “It was better for Finn. We’ll be moving out to the estate in the fall, and then he’ll come with me when I fly back to to finish my research.”

Across the lawn, Finn has stopped work and is packing up his paints and easel. He raises a hand to Con and Con, smiling, lifts a hand in reply. We watch Finn cross the grass, walking toward the house. He still has a slight limp, but he no longer needs the cane. He’s thin, but he was always thin. He’s tanned and healthy looking, eyes bright and smile relaxed.

We get the greetings out of the way, Con excuses himself to fetch ice tea for us. It is a very warm day. The sun is hot, despite the cool sea breeze.

Finn, scraping at the paint beneath his fingernails, smiles faintly, privately.

“So all is forgiven?” 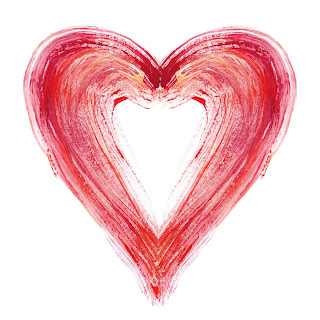 He looks up at that. “I don’t think I’d have made it through these last months without Con.” He stares out at the sparkling water. “Anyway,” he says at last, “after everything that’s happened, it kind of puts some of the other things in perspective.”

“I suppose so. How’s Paul these days?”

“Nothing. Paul’s in . He met a navy lieutenant.”

“So he made a full recovery?” Then Finn’s words sink in. I say slowly, “Did you say a navy lieutenant?”

“No. American. Actually, maybe he isn’t a naval lieutenant. I might have got that part wrong. He’s something in the military though. He was over there for some kind of D-day celebration.”

“David Bradley?” I ask in alarm.

Finn squints as though gazing into the hazy blue distance of sunlit ocean. “Maybe.” He sounds doubtful. “David something, for sure.”

“Wait,” I say. “Hold everything. That’s definitely wrong. Paul and David Bradley? No. That’s not going to work.”

“Probably not,” agrees Finn. “Most of Paul’s relationships don’t work.”

I am already on my feet and hurrying down the steps.

Finn watches my departure, puzzled. “Aren’t you staying for lunch?”

“Not even for ice tea? Con’s bringing—”

“Not for anything!” I break into a run.

Email ThisBlogThis!Share to TwitterShare to FacebookShare to Pinterest
Labels: character interviews, lovers and other strangers