If you're a lover of cozy mysteries, you're probably well aware that 99.9% of cozies feature female protagonists. Unlike NO sex, NO swearing, or NO on-screen violence, that's not a rule or anything; it's just how it shakes out.

That said, there are a handful of cozies (typically gay and occasionally referred to as "quozies") which do feature male protagonists. My own Secrets and Scrabble series, for one. SC Wynne's Kip O'Connor series. In mainstream we have Rob Osler's Devil's Chew Toy. Come to think of it, Dean James' may have started us out with his charming Simon Kirby-Jones gay vampire series, back in the day.

ANYWAY. That was a needlessly long intro to the fact that I'm taking part in a cozy mystery giveaway featuring cozies with male protagonists (a sprinkling of LGBTQ, but mostly not) which you can sample by CLICKING THIS LINK. 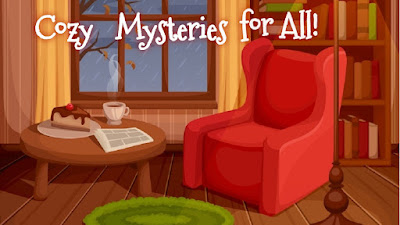