Now that the "reboot" is complete, I'm pulling the series from Kindle Unlimited and making it wide again starting in September.

New cover art by the talented--well, really MULTI-talented Reese Dante. I love that she kept the original cover model and that she shows a gradual, subtle aging of Adrien throughout the course of the series. And you know what I particularly love? He looks younger and happier again by SO THIS IS CHRISTMAS.

But seriously, my plans for the 20th Anniversary have kind of gone KAAAA-BLOOEY with everything that has happened, including the cancellation of this year's GRL. NO CAKE???? HOW CAN WE HAVE AN ANNIVERSARY WITHOUT CAKE!!!???

But I'm going to do what I can--and maybe we'll get together and have cake at NEXT year's GRL!? God willing and we don't all die of the plague.

Here is my official invitation to fans of the series to contribute art and fiction or even non-fiction to our virtual celebration, which I will feature here on the blog. I'd like to do at least one AE-related post a month, starting in August. (Obviously, I'll come up with some things as well.)

But meantime, enjoy a glimpse of the new cover art! 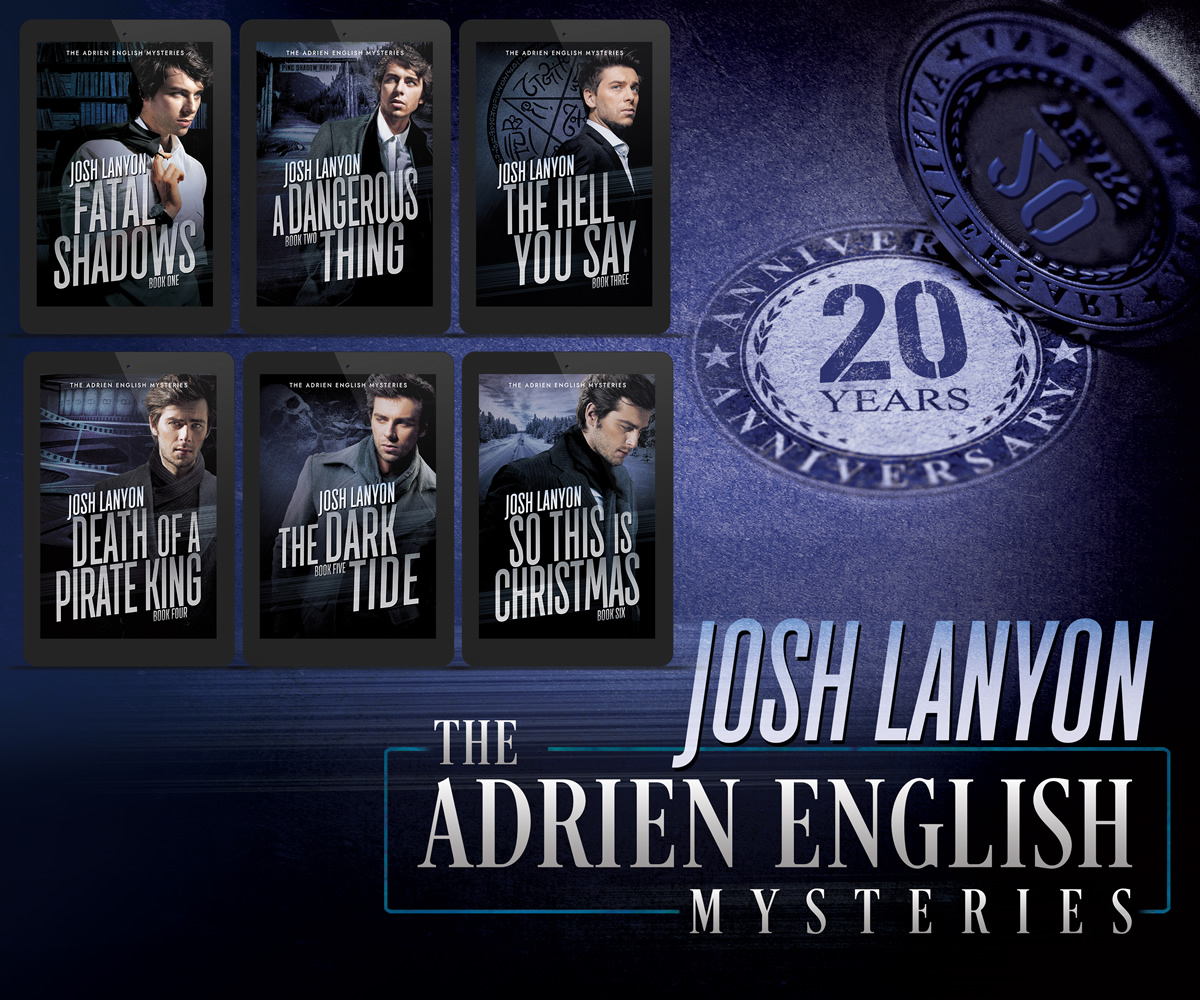