Because this trilogy is different in many ways from other things I've written, I wanted to get a really fresh look for the covers. I went with legendary Reese Dante who delivered in spades. I love. love, love all three covers--although I'm only going to share the first one with you. ;-) 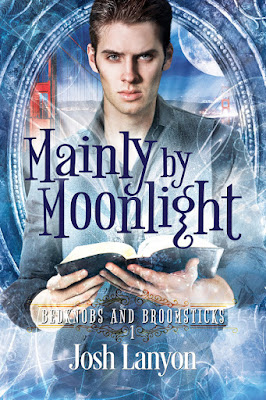 It's not listed for preorders yet because, frankly, I'm running behind on the writing. SAY IT ISN'T SO, JOSH!!! Thank God there's nothing much planned for this month because I need some quality alone time with just me and my laptop. We're probably looking at a June* release, depending on how previously scheduled projects go.

Here's the very cursory blurb (which I may or may not have shared before?)

Though they’ve only known each other a couple of weeks, San Francisco's first openly gay Police Commissioner John Joseph Galbraith is all set to marry antiques dealer (and, little does John know, witch) Cosmo Saville in a big, society wedding—until Cosmo is arrested for murder after being discovered standing over the body of longtime rival dealer Seamus Reitherman.