Holding Out for a Hero - Dal Maclean

This week on the blog we're doing something a bit different.

This morning we've got my dear pal Dal Maclean in to blog on a topic dear to both our hearts: infidelity. ;-)

Admittedly, it's a delicate subject. But I've known Dal for a number of years now--I've been a fan of her writing forever--and one of the things that drew us together is what I think of as a shared positive pragmatism regarding human nature. Human beings make mistakes. Good people do bad things. In fact, bad people occasionally do good things. Ink and paper notwithstanding, it's not a black and white world. And Dal and I instantly recognized in each other's work that sometimes painful mix of realist and romantic.

Anyway, there's lots to think about in this post!

TOMORROW the conversation continues as Dal and I bat around the topic of infidelity (and other character flaws) in our own writing and reading habits. Again, it's all happening right here on the blog.

We're hoping some of you will pop in and join the conversation!


1 – Do you believe a relationship can survive infidelity?

2 – Do you have personal experience with infidelity?


3 – Barring murder, can you think of a worse “relationship crime” than infidelity?

HOW FAR CAN A ROMANTIC HERO GO---AND STILL BE A HERO?

As an author feeling their way in the MM genre, I’ve been doing some thinking on MM romantic heroes -- what readers do and don’t want, and what they will and won’t tolerate.  I’m not sure if I’m going to be saying the unsayable here but--

I think most of us would probably say we like heroes ‘with real flaws’, but maybe we’re not being entirely honest about that. I mean, we’re not talking real flaws, like farting in public, or chainsaw snoring. or crotch scratching, or halitosis.  I would assume. We mean romantic real flaws, flaws the hero can have and remain a ‘romantic’ hero to the reader.

I should declare a position here and admit that, (while excluding the farting reality) when I say I like flawed heroes, I mean flawed heroes, in the sense of emotionally flawed.  The kind of heroes who generate genuine emotional conflict.  And (to clarify again), by emotional conflict, I mean the kind of relationship conflict not solely generated by external events (e.g. Hero 1 and Hero 2 are madly in love and know it, but are kept apart by bad guys/homophobes/simple misunderstandings which they overcome to be together).

Personally, I love reading about relationships where Hero 1 and/or Hero 2 are facing and overcoming their own character flaws and issues, which create problems between them, though said issues may also stem from external pressures (e.g. fear of their own sexuality, fear of societal condemnation, fear of intimacy, inability to trust, other emotional ties, emotional unavailability etc). 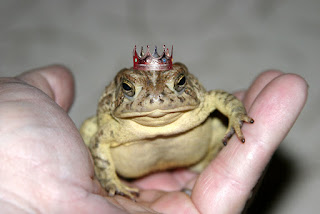 I love stories where the conflict is real, and not an error in communication -- once perfectly summed up to me by Josh Lanyon as the ‘But Darling, She’s My Sister’ get-out-of-jail-free card for emotional battles. The thing is, I don’t want main characters to get out of jail free. I want them to have to fight and claw their way out of jail.  But that’s me.

Which brings us to what are accepted to be MM romance reader’s lines in the sand, and what I was advised about Romance Rule No 1 kind of surprised me, and kind of didn’t.

In MM, it’s acceptable for a romantic hero to be a killer or a torturer or a corporate shark or a gangland leader or a thug or a slave owner. He can break down his love interest psychologically through torture combined with great sex; he can physically punish and/or even permanently scar/mutilate his love interest. He can break his love interest’s heart by leaving him without giving the love interest any choice in the matter, because He Knows Best. But -- he must not, under any circumstances, be a cheater.

If infidelity arises. it’s generally okay to have a hero cheated upon to push him toward his true love, but if the cheater returns, it’s to beg forgiveness and be kicked forever into touch.  Romance Rule No 1 though  - neither hero must cheat, or their character is pretty much irredeemable. It’s incredibly unusual for a character who’s cheated to get to the HEA or even the HFN.   Non-monogamy is acceptable if it’s consensual  – threesomes, ménages, open relationships. No problem. It’s cheating that’s de trop.

So - is it down to intolerance of dishonesty between lead characters?  On the surface it seems so, given ménages and threesomes are definitely okay in the genre.  Yet, heroes lie to each other all the time in various plots, about all kinds of very important, sometimes life threatening, and definitely happiness-threatening things,  and that is easily brushed past by readers.

So why is the Cheating kind of lying, under any circumstances, the ultimate Romance transgression?

Perhaps, infidelity is too real?  It’s a situation in which readers are more likely to have been personally wounded or seen others wounded, in real life -- as opposed to finding out their partner is a mafia hitman or a slave owner or whatever.  It’s a closer to a farting, snoring, scratching flaw. Is that why? 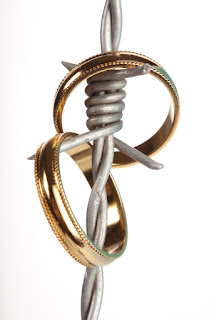 Yet.  On the other hand.  Isn’t infidelity a rich seam to mine in touching on (relatively) realistic emotional conflict in a romantic relationship, and what drives people to behave in certain ways? Even in the once-removed-from-reality genre of plot-driven romance?

I’m coming at this by the way, as someone who can’t even read ménage books because of my inability to cope with one hero loving someone else as much as he loves my fave. I can’t read consensual threesomes or open relationships and really enjoy them. I have a fatal weakness for possessiveness and jealousy.   I am OTT into monogamy and true love as a romance reader.   Yet, as a reader I love seeing Infidelity explored and taken by the scruff and shaken out and overcome in Romance, vanishingly rare as that is in the genre. Possibly, because it is an ultimate romantic challenge.

Yes I love fluff, but first I love the emotionally hard-core to get to Fluffsville. Challenge and reward.

To clarify yet again, I’m not talking about inveterate horn-dogs who cheat compulsively and forever.  I’m not talking about the Leopards Never Change Their Spots kind of cheating. I’m talking about cheating driven by a real issue.  A thing that happened for a coherent reason. Coming back from that believably, is a huge challenge for a reader and writer, and if it’s done well…?  It’s The Prodigal Returns. Redemption and Forgiveness.  Genuine mistakes, genuine regret. All are powerful drivers of romance for me.

So, that’s my guilty truth. I find reading books that deal head-on with infidelity and other huge emotional conflicts and still lead to a believable happy ever after,  incredibly rewarding.  How small is the minority I’m in with that?   There’s me and…

For the record my own difficulties with character behaviour in MM romance lie in physical torture, pain, maiming or death for a loved character or by a loved character, even if it’s called hurt/comfort. There speaks my marshmallow core.  Go figure as they say across The Pond.

Dal has a brand new book out this week called Object of Desire. The book is terrific--no surprise there--so go buy it now!

AND three copies of Object of Desire are up for grabs thru May 28th.

a Rafflecopter giveaway
Posted by Josh Lanyon at 1:00 AM