Five Things I Learned While Writing The Magician Murders

Part of the fun (or maybe the word is "challenge") of writing a series is how the characters change--sometimes in unpredictable ways--throughout the course of the books.

I mean, characters change (and hopefully grow) in standalone novels too. If at the end of the story the main characters are exactly who they were at the start of the story, there's a problem. Every story--even a short story--is ideally supposed to have some kind of a character arc.

But with a series you have so much more room to stretch out and explore. It feels kind of luxurious. I'm only three books into The Art of Murder series, so there's still room for plenty of surprises and developments.

(Personally, I think five is the ideal number of installments in a series, so I'm pretty sure five books will be the final count for Jason and Sam--but you never know.)

Anyway, here's what I learned in the last book.

1 - Though neither Sam nor Jason is by nature insecure, they trigger each other's deepest insecurities. I'm not sure if I have another couple with quite that dynamic. Everyone is vulnerable during the process of falling in love, but with Sam and Jason it cuts a bit deeper than that. 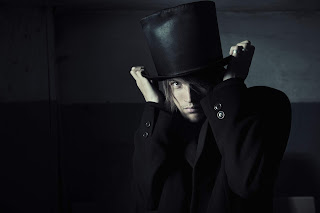 2 - Sam is willing--well, maybe willing isn't exactly the word--but Sam will make compromises for Jason in every aspect of his life, including the job, that he would not (or at least never has) made for anyone else. That's kind of a big thing. Sam might not be ready to get married and settle down at this exact moment in time, but he's prepared to make the kinds of concessions that preface that kind of commitment.

3 - Though Sam has been in trouble for cutting through red tape with a chainsaw, and will not waste time on diplomacy when blunt force trauma can achieve faster results, Jason might actually be the one willing to break the law in his mission to protect our artistic and cultural heritage. I'm still thinking that one through, but yeah.

5 - Sam scares Jason a little. Not in a...I'm afraid HE'S a serial killer too!!!! way, but Jason has an uneasy awareness that you can't stare into the abyss and not be changed by it. Mostly his fear is for Sam--but maybe not entirely.


Next week we've got something special! On Thursday Dal MacLean is posting on the ever-delicate topic of infidelity in romance--and on Friday we dig deeper into the topic with a bit of back and forth discussion on the topic. I hope you can join us!
Posted by Josh Lanyon at 1:00 AM

Email ThisBlogThis!Share to TwitterShare to FacebookShare to Pinterest
Labels: the art of murder series, the magician murders, writing