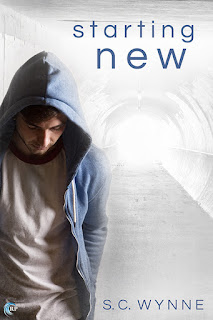 It's been a very long time since I did one of these Author! Author! posts, but I've got some friends, Romans, country--well, people dear to me with books coming out in the near future and Discoverability being the issue that it is, I thought maybe I'd start throwing in the occasional interview with a vampeer.

Get it? VamPEER. Like Vampire only... Okay, never mind.

So today we have the lovely and talented S.C. Wynne author of Starting New from Riptide.


One of the things I like about S.C.'s work is the sheer versatility. She tackles the tough issues and then she can turn around and write something nutty and humorous like Assassins are People too. That's not all that common.


****S.C. is offering a signed print copy of Starting New (and she might even throw in another book, who knows?) to one lucky commenter below.

JL - Who are you again? No, but seriously, do you agonize over writing those author bio thingies? Share your favorite author bio. (By which I mean bio for YOU)

SC - I hate writing the bio thingies. I have no idea what to say about myself. If I had to choose one I guess it would be this one:

S.C. Wynne never knows what to say about herself, so writing an About Me section is challenging.  She loves red wine and is obsessed with coffee. She hasn’t won any awards for writing although she did win one for reading once. She’s not a world traveler…yet.  The books she writes are light and romantic with a healthy dollop of humor, and just a dash of angst.

S.C. is not curing cancer, but does think reading stories that make us happy can’t help but improve our lives. She falls in love with every character she writes and hopes her readers will too.

JL  - Are you a fulltime writer?

SC - Well, I write full-time, as in every day, all day. BUT, I don’t make a living doing it yet. I own a coffeehouse with my husband. I’d love to make a living writing full-time but building a career takes time. Sometimes I want to stomp my food and scream : “I want a golden goose of my very own, daddy!” But then I remember I’m not five and I continue to hone my craft. 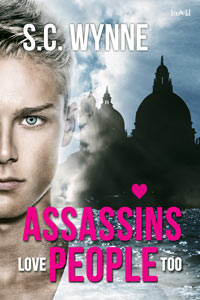 wanted to? Do you want to break my bones now? Huh? Do ya?

SC - would never hurt you, Josh. Not in public. Where there would be witnesses. I broke my little toe once. That is so boring though. I should lie. Yes, I work for the mob and I beat the crap out of a tailor this morning. He didn’t pay up and the boss doesn’t take kindly to that. No, I’ve never broken anyone’s bones. But if anyone tried to hurt my kids I would rip their head off. I guess that would still not qualify as breaking bones though.

JL - Readers may not know that your day job is owning a coffeehouse. Share what you consider the best recipe you ever created. Seven and Seven does not count!

SC - Awww, man. Okay, I think my favorite drink is the Black Cherry Espresso Bean. I won’t give you the exact recipe because I have no doubt Starbucks is watching everything I do, but suffice to say it has chocolate, espresso, ice cream and other really, really good stuff in it.

JL - What was the most interesting or surprising thing you learned while researching STARTING NEW?
SC - That the New Testament doesn’t ever truly address or condemn homosexuality.  I’d always assumed it directly denounced homosexuality, but it doesn’t. There are possibly three passages in the New Testament that might refer to homosexuality. But when you start looking at the details and the translations of the original Greek it is anything but a clear condemnation of homosexuality. You have to look at the usage and meaning of the words during the time the Bible was written.

This site has some great detailed info on the subject if anyone is interested. https://www.westarinstitute.org/resources/the-fourth-r/what-the-new-testament-says-about-homosexuality/

JL - How did you and the Mister meet?

SC - We were both Navy Seals. One day I was underwater surveying a sunken Russian submarine when my leg was trapped by a steel beam. Thank God, Mister was there. I’m kidding. That would be so cool though. I think I just got a book idea. No we met through an online Christian dating service. I know! It’s crazy. AND, while I’m happily married for over 20 years I would not recommend it. There were a bunch of weirdoes and fake people in that group. I’m amazed and happy that I got lucky with my husband. Not THAT kind of got lucky!!! Get your minds out of the gutter people!! :D

SC - What I love most: The stories. The pure freedom to write whatever the hell I want.  I love the M/M genre to read and write. What I hate most are reviews. I have a thicker skin now than when I first began this journey. I dismiss one and two star reviews filled with rude gifs as sad, bitter people. I’m not a fan of spewing, whether it be all over me or out of me. If you can’t be constructive, I have no interest in your opinion. 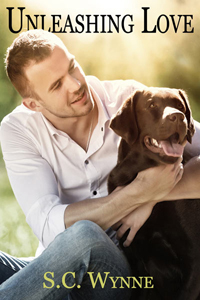 JL - Fashion magazines always ask this question: What is the one cosmetic or grooming tool you cannot live without? And do you have any idea why all these fashion models are always pretending the one tool they can't live without is their EYEBROW GROOMER?

SC - Eyebrows are life!!! Without them we have no expressions!!! I’m looking at that question you sent me right now with my brows up to my hair line. But how would anyone know that if my eyebrows weren’t properly groomed???

JL - OH, THEY KNOW, SC. THEY KNOW!!!! Next question. Readers of this blog love funny food allergy stories. Can you share any amusing near death experiences brought on by a food allergy?

SC - I’m sorry… the readers of this blog like what now?? I don’t have a story like that. I apologize for not almost dying from my food for the amusement of your crazy readers!!

JL  - How very disappointing. We probably lost half our readers with that!!!!  There’s probably no use continuing, but okay. Whatever. What do you think is the most important thing to remember when creating fully realized main characters?

SC - Main characters don’t have to be perfect. In fact, they shouldn’t be. Real people are flawed. Even good people have issues. And bad people have good qualities too. Basically what I’m saying is people are complex. Show that in your stories.

JL - Getting back to your food allergies...okay, never mind. Do you eat breakfast? Did you know it's the most important meal of the day?

SC - I always have breakfast. It’s called coffee. Oddly enough that is also my lunch. Now you have me thinking I need coffee. I’ll be right back.

SC - Cowboys are involved in this one. I’m tweaking it and expanding it based off of interest from a publishing house I’m hoping to get into. We shall see. But either way this story will be published because sexy cowboys need a voice. Who will stand up for them if not me?

JL  - Do you believe in extra-terrestrial life?

SC - Have you not been watching the presidential race? Of course I do. See how diplomatic I am that I’m not actually pin pointing either candidate?

JL  - STARTING NEW deals sensitively with a number of complex themes including the potential (as perceived by some) conflict between Christianity and sexuality. Do you consider yourself a spiritual person?

SC - I’m spiritual but not religious. I don’t like organized religion and actually find that other people tend to get in the way of my relationship with God. I find the recent climate of one party trying to own God annoying and false. If there is a God and God is love, than he loves all of us.

JL - Tell us something surprising. Anything. Go on. Surprise us!

SC - I’ve developed an unhealthy obsession with watching Wincest videos on Youtube! Only fans of Supernatural will know what the hell I’m talking about!


So there you have it!


And here's a little info about Starting New:

Life hasn’t been good to Francis Murphy. He’s survived twenty-one years of homelessness by hooking and taking handouts where he can find them. When the local shelter is vandalized, he’s forced to seek food at the Grace and Light Church, where he runs into the pastor’s son, Randy.
Randy Wright believes the best in others. He's immediately drawn to Francis, even though Francis is hardened and wary. When Francis is attacked by one of his johns, Randy and his family take him in and offer him temporary work. Randy always thought he was straight, but something about Francis has him yearning for more than just friendship, and realizing he might be bisexual.
Francis is attracted to Randy too, and Randy and his parents say they’ve always believed in gay rights. But talk is cheap. What are the odds that these Christian parents will remain open-minded when it's their own son in a relationship with another man?
Remember to comment below for a chance at winning a signed copy of Starting Over!
Posted by Josh Lanyon at 1:00 AM