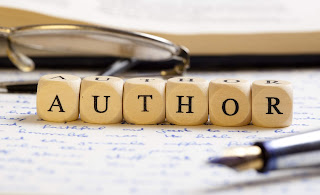 I've been really focused on writing lately, and haven't had much time to spend at Patreon, let alone blogging, let alone sending out my newsletter.

The good news is I am really loving the work again (something I attribute to Patreon, as I've mentioned before) and I'm going through an extremely productive period.

The bad news...well, there isn't any bad news. I'm not even behind on my writing projects!

Some of the other stuff, yes. It's taking longer than I'd wanted to take my audio backlist wide. The same with my print backlist. The same with getting stuff onto Google Play. Getting everything listed and uploaded is hugely time-consuming. I've made some in-roads, but there's still a lot of work to do.

Also time-consuming is working on the Choose Your Moments Game.  I've never done anything like this before--well, wait. Actually, yes, I have. Stranger Things Have Happened is a lot like this (it's even based on the same book), but in that case I chose all the scenarios and paths and in this case, I'm just trying to do what the editor is requesting.

Basically I work on the game at night and during the day I write my own stuff.

Slay Ride came out last month. That had been promised for so long that it was a huge relief to finally deliver it. It was only supposed to be a short story, but I loved the characters and the mood of it so much that it ended up being a novella.

I've just wrapped up Stranger in the House, which is my contribution to the Footsteps in the Dark anthology. That goes live on the 31st of this month. It's such a great line-up of authors and such a variety of stories. I'm really excited about it. Plus I loved revisiting Montreal, even if it was only in my imagination. 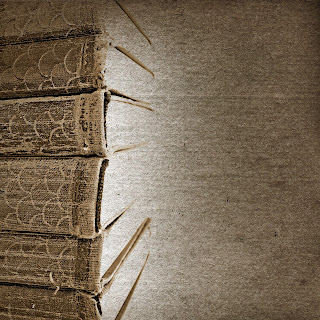 At the end of June--next month!--comes The Monuments Men Murders which is the fourth Art of Murder book. It's up for preorders now. I'm looking forward to spending time with Jason West and Sam Kennedy--I'll start listening to the audio books next week to prep. With only two books left in the series, it's time to start figuring out the dismount--and at the same time that's the last thing I want to think about because I really love this series.

Then July and Mainly by Moonlight, first in the Bedknobs and Broomsticks trilogy. I LOVE THIS BOOK. I've been working on it steadily in between everything else because it's just so much fun. It's a lot more romance-focused than some of my stuff. Or is it? I'm not sure. Maybe it's because the romance is such a different kind of romance? Is it? I don't know! I just know it's really fun to write. Oh, and it's available for preorders too.

Then after July I have a tiny bit of a breather while I work on that long-delayed non-fiction project Mr. and Mrs. Murder AND put together a proposal--another trilogy--for Carina Press. This one is a mix of archaeology and FBI...but I don't want to talk too much about it. It's a bit different from my other FBI ones, that's all I'll say.

So there will probably be a couple of months with no new release, though I hope to have more audio out by then.

And then we hit the fall. First is I Buried a Witch, the second book in the Bedknobs and Broomsticks trilogy. I'm not sure if I'll do this one for Patreon or not. I mean, I'll share it with Patreon, obviously, but I'm not sure it will be a Patreon book since that should probably be another exclusive story.

Then Haunted Heart: Spring. Originally I had intended a quartet, but I think I probably waited too long. So unless I really have a great time writing HHS and readers really, really take to it, that will probably wind up right there.

December will see the (probably last) of the Dangerous Ground books, Blind Side. That's going to be an emotionally fraught one, but hopefully worth the wait. It's taken me quite a while to get to the point where I felt ready to write this one. I've always known the basic idea, but it just hadn't gelled.

So lots of stories still to come. Lots of things in the works. It's just a really positive and productive period for me. For which I'm truly grateful.