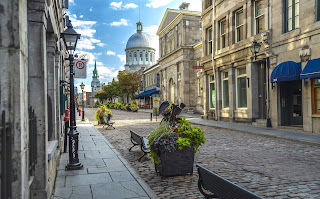 I'm deliberately not setting deadlines right now, despite the fact that I'm currently working two projects. I'm trying to keep everything very creative and loose. Eventually (sooner rather than later) I'll have to impose a couple of deadlines or the books just won't happen, but right now I'm having fun simply working out details.

My story for the Footsteps in the Dark anthology is called "Stranger in the House". I know the basic plot--I've known that much for months (originally, this was a story I was going to write for my Patreon group), but I hadn't fleshed much out beyond the very bare bones of a young American inherits a large and mysterious house in a foreign country and discovers...something alarming. Something that will most likely lead to murder. Or has it already led to murder? Hmm...

So now I'm focused on the characters and their conflicts because a lot--if not most--of the plot will rise from there. (It always makes for a better story when I take the time to do this groundwork ahead of the real writing.)

The story is set in Westmount in Montreal. I liked the look and feel of Westmount when the SO and I were there two years ago. I LOVE Montreal, which feels like Paris for Beginners to me. (I'm only partly kidding.) Anyway, I decided then I wanted to set a story there, so that was easy. And it's always helpful having a live-in expert. ;-)

I didn't want to do yet another writer protagonist--or another cop protagonist. Not that I don't love writing both those--and I'm absolutely going to do them again--but this year I'm trying to forbid myself the comfortable, familiar pathways (except in cases where I'm writing sequels or series; I don't think anyone would appreciate me giving Jason and Sam or Will and Taylor new careers this late in the game). :-D

So I'm looking at an art teacher with an opportunity to try for his dream of being a full-time artist--AND for a romantic foil... The art dealer who discouraged him from trying for that dream in the first place.

I love that kind of dynamic because people occasionally offer generally good advice that turns out to
not be so good in the particular. The advice that a twenty-six year old might offer you could be considerably different from the advice a thirty-six year old might give.  Also, how personally responsible are you if someone takes your best advice, but your best advice turns out to be ill-advised? 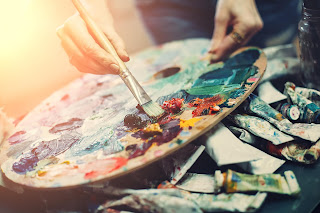 Right now I'm testing out names. It's funny how hard it is to begin writing until I've worked out the names of the main characters. They have to feel right in order for me to get the feel of that personality. Jobs are another thing--maybe because, like it or not, our jobs define us to a great extent. And if our jobs don't define us, that's interesting too.

So... Miles... Miles? Myles? Milo? No. Not Milo. Eager to please, according to my Baby Names book. Hmm. And that might work too. Miles. Miles Tuesday. Really? But yeah, I kind of like it. Miles Tuesday...

Linley Palmer. Hmm. Interesting. Not even sure where that one came from. Is that strong enough? It's so...English. So civilized-sounding. But then an art dealer probably is pretty civilized. But should he be French-Canadian? Is there a family connection here? If not, why has Miles inherited this house and all its treasures? Linley Palmer... According to Wikipedia: Palmer is an occupational surname of old English, Norman French, German and Scottish origin. That pretty much covers all the bases. :-D

So that's where I am right now. I'll keep you posted.

Email ThisBlogThis!Share to TwitterShare to FacebookShare to Pinterest
Labels: #amwriting, amateur sleuth, Footsteps in the Dark, Stranger in the House