Happy Anniversary to My Patrons! 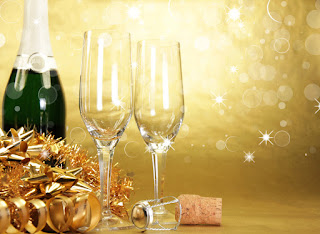 January 22nd marked my one year anniversary on Patreon.

I can't believe it's already been a year!

It's been a very interesting experiment so far. Well, I don't know if I can really call it an "experiment" at this point. Overall, I consider it a successful endeavor. Although growth is slower at this point, every month but one has seen a small uptick.

There has been a definite learning curve for me, and back in December I did an extensive overhaul of the tiers and rewards with an eye to making life easier for myself and for making sure patrons at every level got plenty of goodies.

One of the things I struggle with is finding the right balance of quid quo pro. Patreon is not designed to be a marketplace. I'm not supposed to be running a store. The idea is patrons support the artistic endeavors of chosen creators with donations. It's, well, a form of charity. But of course for a lot of patrons it IS about the rewards at certain tiers, and that is simply the reality. And it's okay! It's a good reality. I want to provide rewards that my patrons enjoy. I want my patrons to feel like they are getting value from their donation. For some, that value is seeing my increased productivity and pleasure in the work. For others, it's access to exclusive content.

Either way, as the recipient of what is, largely, the kindness of strangers, I'm grateful.

That said, Patreon is not for everyone. The pressure to provide extra content can be difficult--it's one reason why I changed my tiers so that most of my patrons receive all my regular releases as well as extras. There are some months when all my focus has to be on creating the products that I sell in the broad marketplace. And it's more than possible than some patrons will join expecting a different and more intense kind of personal interaction with me. There are months when I'm more chatty and active on Patreon--and there are months when I only have time to check-in and deliver whatever the rewards will be.

My patrons provide a safety net, but that safety net can't--and in my opinion shouldn't be intended--to take the place of regularly scheduled new releases to the wider marketplace.

I've seen complaints, criticisms of Patreon making the case that a paying model excludes certain readers from taking part. And this is true. In the same way that charging for books--or any art--excludes certain consumers. (My lowest reward tier begins at a dollar.) Critics of Patreon argue that the extras authors create for their patrons should be available to everyone for free.

I think this is missing the twin points of both patronage and what an extra actually is.  Besides which, I still provide extras for my readers who can't or don't want to take part in Patreon. I still blog, I'm still active on social media, I still do giveaways through my Facebook and Goodreads and Newsletter, and I still provide free content--for example the six codas that went into last year's Advent Calendar.

I don't particularly want to release my rough drafts or outlines or research notes into the wide world, but Patreon acts as a natural curator, and I'm comfortable sharing those extras there.

For me, the three greatest benefits of Patreon have been the financial cushion it provides on months I don't have a new release; the creative stimulus of having to come up with fun, new extras that actually serve to make my regular projects better (things like character interviews, for example); and, finally, the opportunity to occasionally brainstorm or just touch base with readers who have the greatest investment in me and my work.

For patrons, the price of admission varies, but for creators, the end result is often priceless.