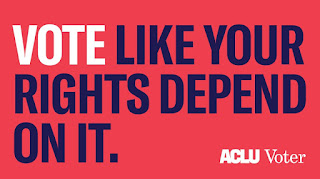 And I know complaining is such a vital part of social media these days, so Be Aware.

When I was researching Murder Between the Pages, I remember reading a contemporary (1940s) account of women being dragged off a parade float celebrating their newly gained right to vote. Yes. Women being dragged off a local parade float by their male FRIENDS AND NEIGHBORS AND FAMILY MEMBERS because of their outrageous demand to have a say in politics.

And by politics, I mean legislation that affected these women intimately and immediately--as all legislation does.

Now, in fairness, many gentlemen in the crowd came to the assistance of these ladies--this is why we all need allies. We cannot do it alone. No one can. Allies are required. Allies are a non-negotiable component of success. To affect political change you need the good will and strong arm of the majority behind you--and even then, you're in for a hell of a fight. Make no mistake.

This right that you take so much for granted that you don't bother to use it...well, think about it. African American males won the right to vote in 1870.  (As well they should have.) But our right to vote is still relatively new and pretty damned fragile. I have heard females argue that women have innate protections merely by virtue of being white or middle class or pretty or whatever. 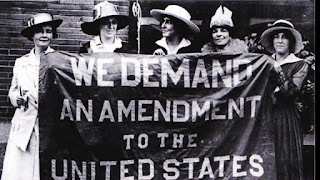 NO. Get your head out of your ass, my dear. What are you, British? (That's a joke--British women only got the right to vote in 1918.) Wake the fuck up.

You think "it" couldn't happen here? That's what people always think. Look at history. And then weep. Or not. Because big girls don't cry. They VOTE.
Posted by Josh Lanyon at 10:03 AM