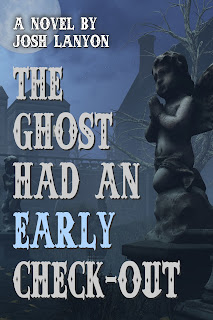 How the heck can we be more than halfway through the year!?

A lot of what I'd planned to accomplish this year is complete or in the process of completion. Like my new website, for example! But some of what I'd hoped to do, even with tempered expectations (or so I imagined) was simply too much. That's the problem with being an optimist. We tend to overestimate our own resources--as well as everyone else's.

Anyway, I can't do more than four novels within a year. There was a time I could--and did. That time seems to be gone. But it's been a really productive year so far (from my perspective) and there is nearly half the year left!

But it seems like I can squeeze out a bit more if some of the things I'm doing are serialized and I'm writing them at a snail's pace. That does seem to be doable, as proven by my experience at Patreon. But generally speaking, three to four novels a year is all I can manage.


This year's novels were:
The Magician Murders (The Art of Murder 3)
Murder Takes the High Road
In Other Words... Murder (Holmes & Moriarity 4)

Still to come in 2018:
Seance on a Summer's Night (Patreon exclusive)
The Ghost Had an Early Check-out 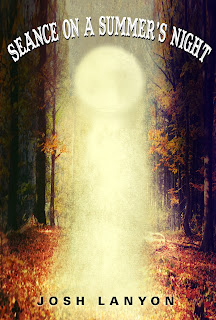 That's it. I might manage another short story and at least a chunk of the next serialized story for Patreon, but realistically, that's my limit for 2018.

Now there's other stuff coming. There are audio books, print books, digital boxsets. I'm starting to build a PAYHIP store so that when a book doesn't go live as scheduled, it can be purchased through my website. Not that I want to keep having issues with preorder dates, but that'a another area where optimism gets me into trouble.

I'm still working on a lot of things I talked about earlier in the year--moving my print catalog from Createspace to Ingram Spark, for example. But one thing at a time.

There are four projects slated for 2019
Blind Side (Dangerous Ground 6)
The Monuments Men Murders (The Art of Murder 4)
Haunted Heart: Spring
Something serialized for Patreon

There's also Mr. & Mrs. Murder, but that's non-fiction and, while it does take time to write, doesn't drain me creatively the way fiction does. So that leaves room for one additional large project next year, but I'm not going to jinx it by promising anything in the here and now.

So that's pretty much where we are at this point in the year. A lot of the remaining year will go to figuring out more audio and rethinking how best to repackage and market my oldest titles. But I'm quickly running out of road. October is jammed with stuff -- everything from visiting family to GRL and then we've got the holidays. So essentially...I've got two months of creative production time left.

On the bright side, compared to last year this has been an enormously productive year. Last year I did a novel and two short stories! So I'm happy with what what I did manage to achieve--and I didn't burn myself out doing it. Progress!

Email ThisBlogThis!Share to TwitterShare to FacebookShare to Pinterest
Labels: the ghost had an early check-out, writing life