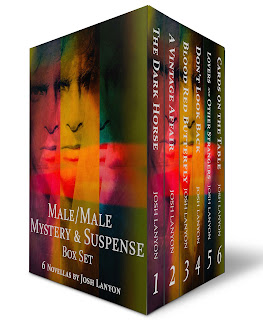 I had kind of a long, involved post about why I'm experimenting with Kindle Unlimited again, especially since the last time I tried it, I basically frustrated readers who don't buy from Amazon--while only earning pretty much exactly the same I always earn with historical.

Well, in a way that's why I thought maybe I should give KU another try. A wacky historical mystery--satire, in fact--was probably not the best choice for experiment.

My goal is visibility with readers who maybe aren't familiar with my work because it's harder and harder to stay on the bestseller lists for any length of time when you're not in KU. The KU-or-bust reader is not so much my target as the readers (like myself) who use KU as a means of testing new authors. If I like the authors I sample, I go on to buy their backlist for real. If I'm not impressed, no harm, no foul. Those are the people I'm after. In other words, I'm using KU to advertise to a readership that is increasingly hard for me to reach. At least as far as my backlist is concerned. 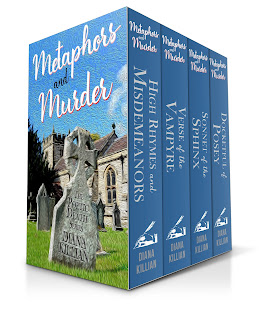 And backlist is the only thing going into KU. I'm putting together a selection of older titles—titles that I have already done many, many sales and giveaways on and that have been available across all vendors for years. Nothing new is going into KU. No one is getting a bargain that you, my longtime readers, haven’t already been offered multiple times.

Which books are going in?


(Includes The Dark Horse, A Vintage Affair, Blood Red Butterfly, Don’t Look Back, Lovers and Other Strangers, Cards on the Table)

This box set has been available for a while--and across all vendors--but it was priced at $9.99, which is still a really good deal, but... So it's retail price is temporarily slashed to $3.99 and the collection is currently enrolled in Kindle Unlimited. 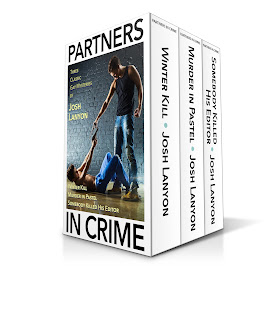 Readers frequently ask about my mainstream pen name and titles, so for those of you who wondered or would like to sample some of my mainstream work, this collection is for you.

The Poetic Death series was originally published through Pocket Books. The books did well--they were ABA bestsellers, most of them were Romantic Times Top Picks, and the first book--High Rhymes and Misdemeanors--was a Mystery Guild Alternate. Nice, eh?

The books are fun. They're a quirky hybrid blend of cozy mystery and old-fashioned romantic suspense.

Then we have Partners in Crime: 3 Classic Gay Mystery Novels. 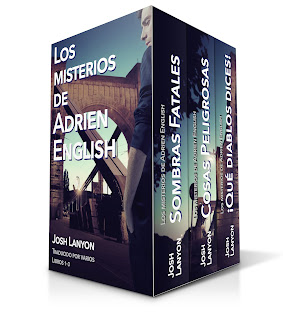 Because the point of this exercise is to introduce my work to readers who might be unfamiliar with more than the latest release, I tried to pick three very different types of mystery, finally settling on a thriller, a cozy and a comic who-dunnit. The novels I selected were Winter Kill, Murder in Pastel, Somebody Killed His Editor.

Again, the box set is listed at $3.99 and the set is available in Kindle Unlimited for 90 days.

And then finally, I've put together the first three Spanish translations of the Adrien English series into a box set called Los misterios de Adrien English. Again, $3.99 and available in Kindle Unlimited. (This one might actually remain at that price point because I do want to encourage and support the evolving market for Spanish translations of M/M Romance and Mystery.)

So there you have it. I apologize for any inconvenience to those readers who don't purchase through Amazon, but to reiterate, there is nothing new here and nothing that hasn't been available (though granted not at these prices) for a long time at all vendors.

In 90 days I’ll let you know what the results were and whether I think this second experiment with Kindle Unlimited was a success or a mistake.