The Blind Side playlist 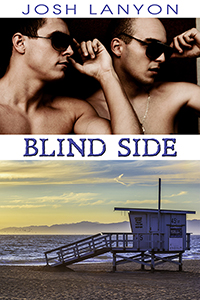 Next up on the writing schedule is Blind Side, Book six in the Dangerous Ground series. It's been a while since I've written  anything about former DSS agents William Brandt and Taylor MacAllister, but I'm currently listening to Point Blank, which is the entire series collected in audio and narrated by Derrick McClain, and it's proving a very helpful refresher.

Since the series was already in audio (narrated by the wonderfully talented Adrian Bisson), you might be wondering why I decided to re-record it, and I suppose it's like remaking a favorite movie. Just because you have a great version, doesn't mean that you wouldn't enjoy another director's take or seeing another actor play the part of some beloved character. I like Derrick's work a lot and I thought it would be interesting to see what he brought to the series. I'm really enjoying listening, and I think you will too.

Meanwhile, here's the blurb for Blind Side.

With resources already overstretched, the last thing Will and Taylor need is another client.

And the last thing Will needs is for that client to turn out to be an old boyfriend of Taylor's.

But Ashe Dekker believes someone is trying to kill him, and Taylor is determined to help--whatever the cost.

Safe to say there will be some heartbreak this time around, but Will kind of brought it on himself. ;-)


And here's the playlist...

It is What it Is - Lifehouse

Run Down a Dream - Petty

Trying Not to Love You - Nickelback

Where I Come From - Lifehouse

Something I Need - OneRepublic

Meanwhile, I don't have a firm release date for Point Blank in audio or even Blind Side, to be honest. After the fiasco of The Monet Murders release I'm a little skittish about preorders. But I'll keep you posted!

Email ThisBlogThis!Share to TwitterShare to FacebookShare to Pinterest
Labels: Blind Side, playlists, The Dangerous Ground series