Five Entertaining Crime Documentaries You're Sure to Enjoy 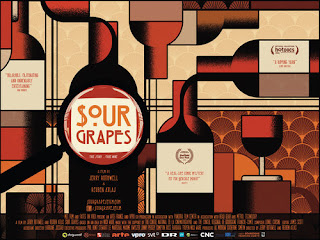 1 - Sour Grapes - How a geeky twenty-something conned the world of wine collecting (and ended up as the first person convicted of wine fraud in the US). If you love wine, but hate the pretentious nonsense that so often supersedes genuine passion for the grape, you'll enjoy this one a lot. The real hero here is the unassuming but determined third generation proprietor of Domaine Ponsot, who travels to the US, determined to unravel the mystery of who is counterfeiting his wines.

2 - The Jinx - Frankly chilling miniseries based on the life and crimes of Robert Durst (maybe you've seen the Ryan Gosling film All Good Things?). I was convinced of Durst's guilt long before the final episode. Even so, I felt a genuine sense of shock when I heard Durst's off camera comments. While it's true, his mumbles could be interpreted another way, I think this is one of those times you go with your gut reaction.

Available on HBO and Amazon 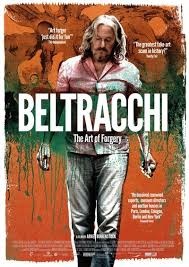 3 - Beltracchi: The Art of Forgery -  A really fascinating insight into the art world--and the art underworld. I've seen a lot of films (both fiction and non-fiction) on art forgery, but I don't think I've ever seen one as informative and entertaining as this. Up until this documentary I think I dismissed the idea that forgery could be, well, an art in its own right. And while I don't applaud what this master forger did, holy moly he's an engaging guy.

4 - The Keepers - Given that I turned my back on Catholicism at age thirteen when I dramatically refused to make my Confirmation (and learned that if you're going to cancel a party, don't wait until the day of the party to do it), I'm not sure why I have residual defensiveness about the Catholic church. All those jokes about pregnant nuns and pedophile priests? Not funny IMHO. Be that as it may, this is the heartbreaking and horrifying story of the (officially) "unsolved" murder of a young nun in 1969 -- and the determined effort of some of her students to find justice for her. 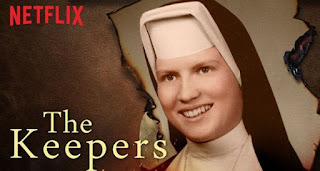 This miniseries might be exclusive to Netflix? Not sure.

5 - Soaked in Bleach - If you wonder why Curt Cobain killed himself...maybe he didn't. In fact, after seeing this documentary, I'm convinced he didn't. Ex-cop now PI Tom Grant makes a very credible witness, and builds, I think, a pretty impressive circumstantial case.


And one bonus offering. I've mentioned The Imposter before. Nearly four years after he disappears from his home in Texas, Nicholas Barclay turns up safely in Spain claiming he was kidnapped. HEA? Keep watching. It's sad and creepy--and a cautionary tale about how vulnerable guilt and grief can make anyone.

Available on Amazon and elsewhere.
Posted by Josh Lanyon at 1:00 AM