I No Speaka the Language

Do you ever notice the dreadful portrayals of immigrants in some of those 40s and 50s films? (If you think progress hasn't been made, just watch an old movie once in a while.) 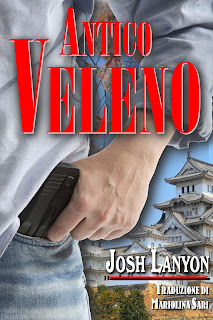 Anyway, I had a little run-in with Amazon this week, but I'm actually excited about it because it forced me to climb out of my comfortable box (er, not literally, but that time might be coming) and consider new publishing possibilities. I have no idea how this will turn out, but one thing I've learned is you can't be afraid to try new things when it comes to your publishing career. Sometimes you have to take that leap of faith.

Here's the situation. I got one of those nastygrams from "Logan" at Amazon alerting me that Antico Veleno (Terreno Pericoloso Vol. 2) (Italian Edition) (ID: B00M4P6WBA) is listed on Amazon.it at EUR 2.99 and at EUR 2.89 on Lafeltrinelli-IT!

And of course the penalty for this is DEATH!!!!!!

Okay, no. But the penalty is you have to lower the Amazon price or raise the other price so that Amazon is never higher than a competitor OR potentially face the penultimate punishment which is Amazon can remove all your titles.

The problem is that I never listed a title at Lafeltrinelli-IT and can't control their pricing -- in fact, I'm not even sure it's a real site. It could be a pirate site or a portal to other vendors or who knows what. Again, I don't have an account there, which leaves me with the sole option of lowering the Amazon price.

Now you might think to yourself, it's only a dime, what's the big deal? But it's a little more complicated because first of all, well, the ruthless arrogance of Amazon is pretty damned offensive. It never fails to appall me. Secondly, that drop knocks the royalty rate from 70% to 35%. And thirdly, Amazon already charges something called a delivery fee, which lowers author earnings roughly about 4% on average.

(And yeah, again, it's just a few cents at a time, but stop for a second. Imagine if your employer arbitrarily decided to give you an ANY % pay decrease simply as a cost of doing business?)

But that IS the cost of doing business at Amazon and we (me) don't tend to really think about it, but 4% is still real live money and I'm still a real live writer trying to earn a real live living off my work.

Therefore I tried to, you know, communicate with the Borg Zon. I tried to point out that I don't have any way of controlling a site I'm not affiliated with, and that it might not be a legit site to start with -- is Amazon telling me that I would have to price match a pirate site? 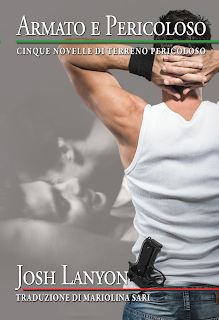 The long and the short of it is yes. That is exactly what Amazon is telling me. Price match or face the consequences this is a recording.

Which seems kind of...well, at the very least unjust, doesn't it?

So I was in the process of escalating the argument (knowing full well it was an utter waste of time and energy) when I suddenly thought hold your horses.  Because...other vendors sell to foreign lands...I sell a surprising number of Italian titles through Kobo and I've been meaning to escalate my presence and promo efforts at iBooks (which sells to 51 countries versus Amazon's measly 12) and these other companies don't charge "delivery fees" and do pay higher royalties in most cases, and I hate Amazon's monopoly of publishing (including their insistence on exclusivity), so here is a way to begin to loosen Amazon's stranglehold on my own career, without seriously endangering my finances.

And the more I think about this, the more excited I am.

What if I just remove my self-published foreign language digital titles from Amazon?

But seriously. I'm sure I'll take a financial hit and there will be a big learning curve--and it will be inconvenient to my existing readers--but there are potential long term benefits that WAY out weigh the short term losses.

So that was my week. How was yours?