What? Time for ANOTHER Blog? 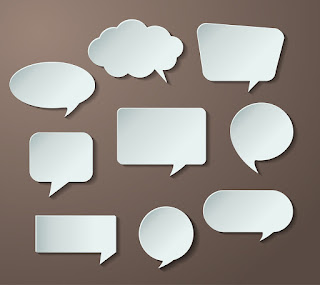 And I'm slightly behind schedule because of the whole down with the flu thing.

Wait. That sounds like I'm "down" with the flu, and in fact NO sane person is down with the flu. But I was indeed laid low by the flu. And that was not pleasant, and I will do my best not to breathe on you. STAND BACK!!!! For your own sake keep your distance.

Which, in a way is a kind of segue into this morning's topic, I topic I find boring almost beyond articulation, and that is the topic of Authors vs Reviewers.

Yes, apparently that is a thing again (HOW IS THIS POSSIBLE?) according to the esteemed Heidi Cullinan who posts at great length here.

Think about that for a second. Why wouldn't it be true?

I'm pretty comfortable with my readers. I attract a slightly older (no, let's say mature) demographic and, almost by definition, they are -- male or female -- a civilized and generally well-educated bunch. I never worry about what they will say or do in public because they are not the type to get into online brawls. Anymore than *I* am the type.

It should not come as a shock to anyone that I don't personally know everyone who has bought a copy of my work. 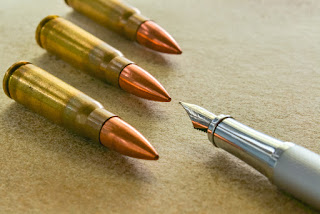 I don't know the vast majority of my readers. I surmise that they aren't online, or if they are, they aren't spending time posting on Goodreads or social media. Certainly the letters I get indicate that these are not people spending time tweeting. :-D  In fact, the idea is kind of funny given the little bit of background they share.

I tend to read my reviews in batches. I think it's a good way of keeping it real. There's nothing like a row of I HATE HER to keep your head properly sized to your hat. And contrariwise, all those LOVE HERs help to balance the paragraph upon paragraph of why someone thinks you shouldn't be allowed near a computer keyboard. EVER. AGAIN. :-D

But I did read something the other day that troubled me. There was a comment following a critical review that hinted at harsh repercussions to be reaped by anyone who dared to criticize me. Which is ridiculous--and that was proved in that both the comment and the original review were met with total lack of interest or response.

As I would expect.


Not even the same species.


I mean, I get it. The people writing ever-so-many paragraphs of I HATE YOU must be very disheartened to think nobody cares--let alone the notion that nobody is even reading. But that's pretty much the case. I certainly don't care. Everyone is entitled to their opinion. I respect your right to your opinion.

That doesn't mean I agree.

Which brings me to the real point of this post. The inherent (and dangerous) fallacious logic of insisting our opinions go unchallenged based on our right to free speech.

We really do have to stop calling every difference of opinion "bullying," because a big part of freedom of speech is debate. We all focus on the speechifying, but that's only half of the equation. Freedom of speech is, in fact, the ability to intelligently and civilly disagree.

It is about the right to argue your point of view. 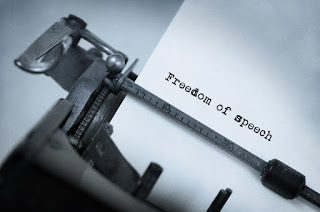 This is what worries me most these days. Not critical reviews, not my writing career...no, what really alarms me is our inability as a community and--because it's more widespread than that--a society to intelligently disagree. To debate.

To be able to freely debate someone else's opinion is a fundamental building block of free speech. The inability to successfully defend a dearly held position means one of two things: the position is too weak to defend or you do not have the skill to argue without devolving into name-calling and rhetoric.

We need to hang on to the notion of civil disagreement. We need to retain the ability to rationally defend our opinions--which should be based on more than raw emotion--without becoming enraged that someone is questioning us. I don't care if it's over a book review or your support of equal rights, you need to be able to summon reason as well as emotion if you hope to change anyone's mind--let alone, heart.


**Proof that cold meds are still in my system, I mean one hundred thousand copies, not a million. Ha ha ha ha. I WISH I'd sold half a million. Although with 33,000 audio units, 83,000 units at Carina, Fatal Shadows...maybe. But then a lot of those are repeat customers. ANYWAY, my point is I don't know even a hundred thousand of my readers let alone know them well enough to exert mind control. Although if you can hear my voice, PLEEEEAASE buyyyyyy all my booooooks....