Regular subscribers will note that I'm late with this morning's post. I did totally forget today was Friday, which is what happens when the writing is going very well--which it is. 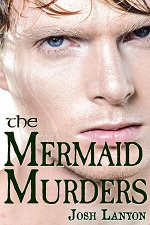 I've changed up my creative process this year -- well, actually I started last year with A Case of Christmas. The first big change is I'm giving myself loads of time to write everything. "Loads of time" translating to charting out a writing schedule that requires no more than 1500 - 2000 words a day. This is a very comfortable pace which leaves time for research, rewriting, chortling over Donald Trump's latest bon mot and staring blankly into space.

Secondly I'm writing the way I used to -- this is a bit trickier -- and doing a lot of skipping around and writing out of order. You can't do this if you're pressured for time because you lose emotional continuity. But because I have plenty of time, I feel comfortable sketching out scenes and conversations out of order, as inspiration occurs.  What I like about this, especially when writing mystery, is it allows me opportunity to go back and plant clues -- both physical and psychological. Plus it's just a way more enjoyable way to work. Like popping pieces into a giant puzzle.

I'm not saying that everyone should work this way -- actually, that reminds me. What is it with all these defensive posts about NOT TAKING WRITING ADVICE FROM ANYONE ELSE!!! Good heavens. There are actual memes on the topic of not taking writing advice. :-D Speaking for myself, I love books on writing, books on craft. Heck, I'm planning on taking a screenwriting course this year. Not because I think I'm going to sell a screenplay. But because I am wholeheartedly in favor of anything that stretches and tests my writing brain. My writing muscles. I've been writing professionally a long time. As in selling my writing to publishers since I was sixteen. I've forgotten more about writing than some of my contemporaries have yet learned. :-D  But that forgetting, is why I'm all in favor of refresher courses and writing books and so forth. Why do people get angry at the idea they may have more to learn. OF COURSE YOU HAVE MORE TO LEARN. Unless you are Yoda, you have more to learn. About everything. We ALL do. Until the day we die.

Anyway, I think that defensive, huffy attitude is at odds at becoming the writer we all eventually hope to be.

I don't have a lot set in stone for this year. Partly that is because I have a ginormous mainstream project that I'm doing with the SO. MR AND MRS MURDER: HUSBAND AND WIFE SLEUTHS IN DECTECTIVE FICTION is due to McFarland Press at the end of the year. We have a zillion books to read and one hell of a lot of essays to write. So that is pretty much my year.

Ground-breaking stuff, I assure you. (Actually, I sound like I'm kidding, but I'm not -- this is a big deal.)

In addition to that, I've got The Mermaid Murders (Book I of the Art of Murder trilogy) due out March 1st.  What do you get when you combine a special agent from the FBI Art Crime Team with the top profiler/manhunter from the BAU units? A lot of art-loving serial killers. No, I'm kidding. Partly. Partly not. I think I will write this series pretty fast, with a book out each year.

Then there is a little bitty surprise project which I am superstitiously not going to talk about yet.

Officially next up, Murder Takes the High Road. This is an amateur sleuth standalone for Carina Press. A lonely librarian finds murder and love on a tour bus wending its cumbersome way through the Scottish Highlands. Also the secret cache of whisky in the back of the bus. NOT BASED ON TRUE INCIDENTS. Except the whisky part.

Then there is a lot of room--about three months?-- to do some other projects and I am leaving that stretch of boundless possibility blank for now. Because that's part of the fun, part of the excitement of  being a self-employed artist. (The flip side is never knowing if you will be able to pay the bills.) What should I write? Since I'm reading all these historical mysteries, maybe it makes sense to write historical. The sequel to Snowball? The sequel to This Rough Magic? I need to finish Slay Ride... What? What should I do? 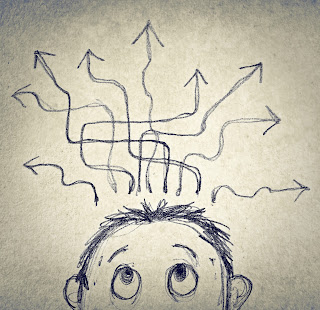 Not knowing is kind of luxurious.

Then, final contracted project (again to Carina Press) for the year, Fair Chance. This is the third and final book in the All's Fair trilogy. We'll be talking about that one quite a bit more I have no doubt. This is the farewell to Elliot Mills and Tucker Lance. Elliot must confront jailed serial killer Andrew Corian -- who may have picked up an apprentice or a copycat killer in the interim.

So that's what we know for sure. The rest of the year is wide open to opportunity and possibility. And that is just the way I like it.