Sneak Peek A CASE OF CHRISTMAS 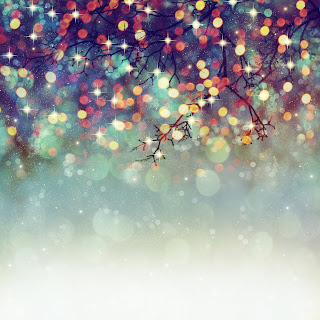 Soooooo a while back a friend and I were hoping to co-write a project. It was a good idea, in fact, I still think it was a GREAT idea, but the pieces just didn't fall together for whatever reason--that's the thing with creative endeavor; the stars don't always conveniently align when you need them to.


Anyway, I hate to waste anything and since I loved the characters I came up with, after a bit of tweaking I figured out a different story for them--and that will be The Mermaid Murders. But I still had this prologue from the original idea. It didn't fit the new story or who those characters had become, but I wanted to do something with it. I thought it was such an intriguing opening. But to what story?


In fact, for about two years now (has it been that long?!) I've been batting around various scenarios and then I was lying in bed the other night worrying about whether my current Christmas project--Slay Ride--might be just a bit noir-ish for the holidays (multiple shootings, car jacking -- that's the trouble when you based fiction on true crime) and I suddenly realized I already had the beginning to what could perhaps be a kooky little Christmas story maybe a bit more festive in tone.


Which is how A CASE OF CHRISTMAS came into being.

Shane stared in disbelief at his cell phone.

The magic words. The good news. And the bad news.

But mostly the good news because there had been times over the past month that he’d worried he was on the beach for good. Not that this wasn’t a nice beach to land on, and not that he didn’t have faith in the system or trust in due process--how ironic would it be if a special agent for the FBI didn’t believe that justice would prevail? But the circumstances of the Fallon case were complicated. Or at least had appeared complicated to his superiors at the Bureau once the Fallon family had launched their lawsuit.

Yeah, he had been worried. In fact, the longer this administrative leave had stretched, the more he had feared he--or at least his career at the Bureau--would end up as collateral damage following an out-of-court settlement. Not a damn thing he could do about it either. He had gone on the record, he had told the truth, given a full and complete accounting of the facts…and been sickeningly aware with each passing day that none of that might make a difference. The Fallon family was absolutely convinced Shane had stolen a 15th century samurai sword from the weapons recovered in the sting operation he had been in charge of back in December. 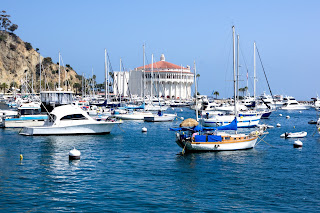 Beyond the fact that his great-grandfather possessed an impressive and priceless collection of Japanese militaria, there was no reason to suspect him. But suspect him the Fallons did. They believed the Yasumitsu sword had been part of the recovered haul--a suspicion based solely on the word of Denny Green, one of the two defendants in the case. Green already had two burglary convictions and wouldn’t know a katana from a Klimt, but the family wanted to believe the sword had been in his possession because that meant there was a chance it might eventually be returned to them.

The sword had not been there. Had never been there. But Shane had begun to wonder if that would ultimately matter.

And then just like that the case was dropped and he was cleared for duty.

Shane shaded his eyes from the glare of the spring light bouncing off white sand and the whiter hulls of the pristine boats bobbing on the choppy blue water of ’s . Overhead, gulls mewed plaintively as they circled, ever hopeful, ever hungry. A ship’s bell rang out across the sun-dazzled water.

This welcome news meant, come Monday, he’d be back in . Spring break was effectively over. Really, he should book his flight for today. But if he held off until Friday he’d still have the weekend to get ready for his return to work and that would leave him two and a half days to spend with Norton. Who…should have been here by now.

Shane glanced at his phone. No messages, and yes, Norton was definitely running late.

Which wasn’t really like him. Scruffy and offhand, Norton might be, but Shane had noticed he wasn’t nearly as disorganized as he let on. And he sure as hell wasn’t forgetful.

Maybe Shane had misunderstood. Maybe they were meeting for lunch and then going sailing?

Or maybe Norton was just running late. Yeah, that was probably it.

Shane turned from the beach and started back along Crescent Avenue, crowded with passengers from the cruise ship which had dropped anchor outside the bay. The floating cities arrived every Monday and Tuesday during the month of March.

Better to skip sailing all together and talk. Time to come clean. Maybe past time, given those little jokes Norton made about being an international art thief. Norton didn’t like sharing personal details anymore than Shane did, and Shane respected that. He did wonder about Norton’s day job. Norton never seemed short of cash. Which meant he didn’t earn his bread and butter as a painter--even if he hadn’t been, well, a really lousy painter.

Shane probably should have laid it on the line that first night, but he knew from experience that FBI tended to have a chilling effect on potential romance. Not that he’d exactly had romance on his mind when he’d first met Norton in the bar of the upstairs courtyard at Mi Casitas. That had been about sex, pure and simple. But thirteen days later--and they’d been pretty much inseparable for most of that time--he owed the guy the truth. And if Norton still wanted to…pursue the options, that was okay with Shane. More than okay, if he was strictly honest.

Kind of a surprise given that Norton, with his goofy sense of humor, shaggy blond hair, and baggy Hawaiian shirts was really not Shane’s type. He wore a pirate-style earring, for God’s sake. He wore clogs. His “paintings” looked like they were done by a preschooler possessed by demons. He joked about things like having underworld contacts. But even more of a surprise because Shane had never been interested in pursuing any possibility but the most obvious and immediate. But there it was: Norton was different. In ways that Shane found both unsettling and exciting. In ways that Shane found downright bewildering.

It wasn’t just a matter of owing Norton the truth, Shane wanted to share this news with him. Wanted to hear what Norton had to say.

Shane wove his way through the throngs of sightseers in sunhats and shorts, pushing strollers, carrying shopping bags, eating ice cream cones. Yellow and blue and brick colored umbrellas dotted the beach where tourists lay baking their goose bumps. It was March, after all. Despite the bright sunshine, the wind off the ocean was chilly and the shade cast by the palm trees and beachfront buildings was deep.

He mentally ran possible scripts as he turned right on .

I have good news and I have bad news. Which would you like to hear first?

So…remember that night you said you hated cops. Was that a firm hate or just a strong dislike?

Or there was always the classic opener: Are you or have you ever been a member of the communist party?

Yeah, not really a conversation he was looking forward to. But he knew he wasn’t imagining that powerful connection. Kinetic energy. Something had sparked between them that very first night. So they would talk. Really talk. And hopefully work something out. He wanted it to work out. 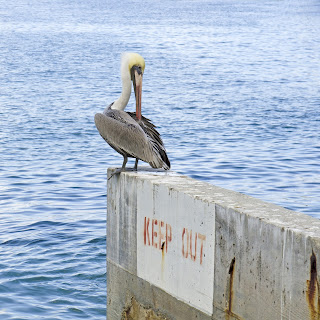 Norton was renting a dusty blue and white two bedroom cottage across the street from his own. No yard to speak of, just a small potted tree on the brick walkway. A spyglass weathervane swung indecisively in the breeze. Shane walked up the two steps to the brightly painted red door. The blinds in the front window were lowered and shut tight, which was strange.

He knocked on the door.

A woman was sweeping the porch of the bungalow on the left. Shane nodded politely to her.

He knocked again. Firm and brisk.

The woman stopped sweeping and leaned over the porch railing. “He’s gone,” she called.

“What’s that?” Shane called back. He was pretty sure he hadn’t heard correctly.

The woman, about sixty, slight and wiry in a flowered pink house coat, repeated, “He’s gone. He left on the first ferry.”

“You mean…” Shane tailed off because even he wasn’t sure what the question was. Norton hadn’t said anything about going to the mainland last night. Last night? Hell, he’d been in Shane’s bed just four hours ago. They were going sailing and then they’d have lunch and then they’d come back to Shane’s cottage or Norton’s cottage.

He said, foolishly, “But he’s coming back, right?”

The woman shrugged. “Couldn’t say. He had all his luggage with him.”