When I first started doing audio books, I used to really enjoy interviewing my narrators--they always have such interesting insights into both the characters and the story. So I thought it might be fun to see if anyone in this new batch of narrators might be up for an interview--and so far so good!

We're going to start this new series of interviews with Derrick McClain who narrates Dark Horse, White Knight (not be confused with Jason Clarke who narrates The Dark Horse novella in the Male/Male Mystery Suspense Box Set).

In fact, it was Derrick who gave me the idea for this when he asked to interview me! (That interview should run next week on Derrick's site. )


Tell us a little bit about your background. How did you get started in narrating/producing audio books? How many audio books have you narrated?
DM - I’m incredibly new to audiobook narration, and it’s almost embarrassing to admit that Dark Horse, White Knight is only my sixth audiobook (with another five currently in production).
As to my background and how I got into this gig, audiobook narration has long been a lingering fantasy of mine, but for years it has been just that – a fantasy. We talk about “getting your foot in the door” but I didn’t even know how to find the right door in the first place. Then, a few years ago, I stumbled into some part time work as an audiobook proofer – listening to a production along with the text and marking any errors, extraneous noises, mispronunciations, etc. Most of the narrations I listened to were fantastic, but every now and then I would find myself thinking, “I could do this so much better.” Meanwhile, I discovered that hidden door into this industry, and finally decided that I should stop saying I could do this work and actually give it a try.
How much acting is involved in narrating a story?
DM - Arguably, the entire thing is acting; there’s a reason so many narrators call themselves “voice actors”. Most professional narrators have an educational and professional background in acting. I am admittedly an outsider, though my background in public speaking and live dramatic reading of prose has certainly been beneficial.
The most obvious acting is during dialogue, but even the non-dialogue exposition requires acting. It doesn’t take listening to many audiobooks to start recognizing a difference between simply reading a work out loud, and actually bringing it to life with your voice. I 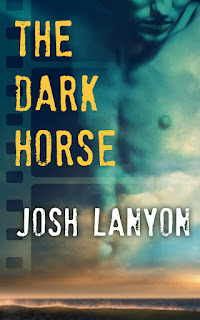 strive for the latter.

What was the most difficult or challenging aspect of narrating DARK HORSE, WHITE KNIGHT?
DM - Had I known White Knight primarily took place in Wales I might not have ever auditioned in the first place! I’m constantly attending workshops and working with coaches to develop and expand my narration skills, and while working on accents and dialects is definitely on my training list, I haven’t quite gotten there yet.
After spending several days studying and attempting to replicate various Welsh accents, I finally settled for something more along the lines of a light hint at an accent. Hopefully the few times it comes up in dialogue won’t be too disruptive for any listeners intimately familiar with the region.
What character was the most fun to narrate? Why?
DM - I would say Dan, who was fun partly just because I enjoy a classic deep-voiced man, but also fun because of the challenge that goes along with that.
Dan is strong and stoic, but not at all one-sided. Oftentimes, he’ll only say a few words, and on the surface those words may be simple and to the point, but underneath them are all the emotions, doubts, and questions he’s experiencing – be it pain, joy, suspicion, betrayal…he’s a complicated man. Expressing those subtleties while still maintaining a distinct voice – one that’s rather different than my own – is a fun and unique challenge. I won’t say I did it perfectly, but I certainly did my best.
What character was the most difficult to narrate? Why?
DM - The honor of most difficult – other than the Welsh characters – would go to Sean’s agent, Steve. In addition to just needing to be distinct from both Sean and Dan, Steve has a lot of components I wanted to express; he has the somewhat stereotypical Southern California habit of saying “dude” all the time like some surfer bro might, he has a background in stand-up comedy, the traditional talent agent sleaze and salesman persona, all blended together into one unique character. Plus, he’s loud all the time, which is an entirely different challenge in narration.
Was there a particular scene you think you read especially well? Or that you particularly enjoyed reading?
DM - One of the things that I absolutely love about Dark Horse, White Knight is that it breaks from the traditional timeline of romances while still retaining all the defining features of the genre. Dark Horse starts out where you expect most stories to end. In White Knight we get to see how Dan and Sean met and began their relationship, not through regular flashbacks but rather through Sean’s therapeutic writing of the events as a third person narrative.
Anyway, on the written page these “flashbacks” are set apart by the use of a different font and spacing, but on audio the listener doesn’t get to have any such visual cues. It’s up to me to differentiate it orally without making it disruptive. I ultimately settled for a more traditional sounding detached narration, which was both fun to do and, I hope, effective.
How awkward is it to read erotic scenes aloud?
DM - A number of narrators I know never thought that they would wind up narrating titles with erotic content. For them, the first few times can be rather awkward.
I, however, came into this work already a fan of romance. Forgive the rant for a moment, but since discovering romance, I have a hard time with non-romance titles. The thing is, most stories include some sort of romantic subplot. But when they just fade to black, we miss something essential. In real life, erotic moments are not just about eroticism – they are major turning points in our relationships, they require vulnerability and trust and can be incredibly revelatory. In good romance, erotic scenes aren’t just thrown in for the sake of arousal. Something more is happening. Yeah, we get to read about sexy men doing sexy things, but we also get to see the bonds of trust, the expression of deep caring, the manifestation of a desire that is more than merely physical in nature.
As a narrator, I get to bring that to life. The only erotic scenes that I ever find awkward are ones that are poorly written or bereft of deeper significance. Luckily, Dark Horse, White Knight doesn’t have any like that. 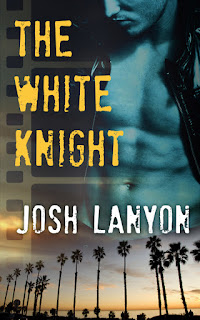 What’s the most satisfying or rewarding part of narrating/producing an audio book?
DM - You mean, aside from the fact that I get to read books for a LIVING?! (Which, let’s be honest, is pretty much the most badass job anyone can imagine).
I’d say after the sheer awesomeness of the job itself, one of the coolest parts is just getting to better understand the industry of books and audiobooks and meeting the incredible people behind it all. So much goes into every book, and there are so many facets not just to a book’s creation but also to its success, and I find the whole thing incredibly fascinating.
Have you ever found yourself in the position of refusing to narrate a book or a scene?
DM -At this point, I work entirely with independent authors and small or niche publishers, which means that I get to pick and choose the titles I audition for. I have turned down a few unsolicited requests, but generally I’m not put in a position where I might have to refuse a title I’m otherwise expected to narrate.
The only books or scenes I think I would adamantly refuse to narrate would be ones that romanticize rape or disparage sexual or gender identities. Luckily, those are few and far between and not on my radar to audition for in the first place.
Where can readers/listeners find out more about you and your work?
DM - To find out more about me folks can head on over to my website – voiceofderrick.com or stalk me on social media – I’m on Facebook, Twitter, Goodreads, and Instagram.
To hear more of my work, that’s as simple as searching for Derrick McClain on Audible – I’m the only narrator with that name.
Posted by Josh Lanyon at 1:00 AM