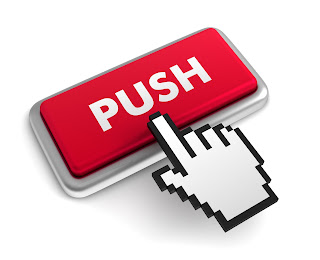 Did your heart just sink?


Well, this is the problem, isn’t it? When someone jumps up on a soapbox it’s because they are moved to speak about important issues or valid concerns. Certainly important or valid to them (though mileage may vary for the rest of us). We should assume, it is only fair to assume then, that the author/orator is hoping for some productive result. Like people will change their votes or stop posting nekkid pictures or donate to a worthy charitable institution or quit abusing semicolons or adopt a pet .


The problem is, when someone resorts to screaming and kicking, the audience inevitably focuses attention on the messenger rather than the message. If there is a discussion, it becomes a discussion about the delivery system and not the content.


Blaming, berating, scolding, however righteous, is not conducive to conversation. It’s not productive. It does not persuade. It does not change hearts and minds. A speech is not conversation. A rebuttal blog is not dialog. Let alone détente. And unless you’re the dictator of a small, isolated country with an economy based on the export of cucumber bath gel, you’re not going to force people to do things your way no matter how clever and cutting you are from behind your monitor screen.


We all have the “right” to rant. That’s beside the point. Does ranting serve a useful purpose? Because if it’s just venting, then it’s essentially a temper tantrum, and however much we may sympathize with other people’s need for a nap, it’s not a good idea as a society to condone or encourage temper tantrums. Communication via shrieking provocative statements at each other is not communication, it’s verbal assault.


What happened to our ability to discuss ideas without making everything personal?


I partly blame social media for our culture of rant. Social media is predicated on the idea that we all have something important and interesting to say--and that there is an audience waiting for our words. There really isn’t, so maybe that’s where a lot of the frustration comes from. The dawning suspicion that nobody is listening. Because everyone is talking at the same time.


Listening has become a lost art, and that’s not good for the future of intelligent conversation. Let alone for solving any of the world’s problems.


When I was a kid (yes, I know, blah, blah, blah) and I would get into the occasional school yard rumble, the adults would advise “looking at the situation through the other person’s eyes.” That’s not a phrase we hear a lot these days, and I think it’s because we’re all gazing at the world from the POV of selfie sticks.


Here’s a crazy thought. Maybe the next time we have something important on our minds we could begin a conversation and ask questions rather than start by informing everyone of our conclusions on the matter while assigning motive and blame? We have a lot of tools for communication these days. Maybe once in a while we could try…talking to each other?