Yes. FINALLY. The last chapter in the Dangerous Ground series is out!

As I posted elsewhere, winding up a series is kind of a mixed bag. In this case, there's a considerable sigh of relief. I DID IT! But it's also bittersweet because I love Will and Taylor and because Dangerous Ground was/is my second oldest series. The first book came out in 2008 through Loose Id. (Remember that one -- I think it was the first time we--YOU--crashed the LI site) :-D

There's also a fair bit of pressure in winding up a series. Especially such an old series where readers have had way too much time to think about the various final scenarios they want. Main plot lines have to be wound up, but yet there has to be a sense that life goes on for these people. You don't want that feeling of fictional characters who end when the final page of a book is turned. Even though, ahem, these are fictional characters who...well, I won't say end, but who are marking time until the next Christmas coda.

**NOTE: If you purchased through Amazon, but haven't authorized your account to automatically update, there's a possibility you don't have the latest updated version. The final version of the novella has an epilogue. So if you don't have an epilogue, you'll want to go into your kindle account and click the update button. 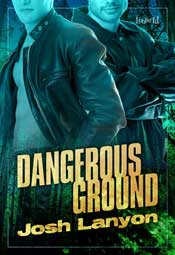 
They went through the reception area door, crossed the hall, navigating ladders and cans of paint, and stepped into the boudoir-pink room that would ultimately be Will’s office. Their building space had previously belonged to a bridal shop, and the walls were painted in delicate shades of peach and pink. Pastel wallpaper borders featured parasols (why parasols?) and wedding cakes and lovebirds nibbling gold bands. None of which projected the appropriate YOUR SAFETY IS IN OUR HANDS! vibe—or even, in Will’s view, a reassuring preview of marriage.

They were hoping to have the renovations finished before the end of the year, but the holidays turned out to be an unexpectedly busy time for contractors. Most of the work at American Eagle was having to be done after-hours—and at a premium price.

Will closed the door to his office. He kept his voice low. “Okay, listen. Dekker is a friend, and I understand that you want to help him, but this is clearly a case for the sheriffs.”

“Sure,” Taylor replied. “That doesn’t mean we can’t take a look around, ask a few questions.”

Will didn’t trust that reasonable tone. “Yes. If that’s all you’re talking about. Because we’ve got to be realistic. You know as well as I do, we’re not in a position to take on another client.”

Taylor shrugged dismissively. “If you don’t want to take Ashe on as a client, that’s okay with me. I wasn’t planning on billing him. I’ll handle this as a favor. In my spare time.”

This was exactly what Will had feared. Taylor had not only already made his mind up, he was busily working out the details before they could even finish identifying what those details might be. 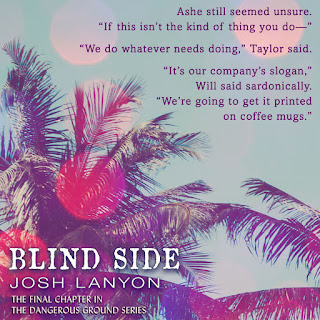 He tried very hard to keep his exasperation from showing. “What spare time? You don’t have spare time. Neither of us do.”

“What’s your point, Will?” Taylor rested his hand on his canted hip, and studied him with cool, green eyes.

That—in fairness, unconsciously—cocky posture, that skeptical really? stare, were the reason so many people longed to punch Taylor five seconds after meeting him. It wasn’t really who Taylor was. Or rather, yeah, the confidence, the cynicism, were facets of his personality, but not the main facets, and not traits he typically turned on Will.

Obviously, this was a unique case, and Will needed to respect that. Which he was trying to do.
He said, “All I’m saying is, doesn’t it make more sense—isn’t it better for all of us—if we direct Dekker back to the sheriff’s department? And if you don’t feel like that’s enough, we can refer him to another—”

Taylor cut him off. “Uh-uh. We’re not referring him anywhere. Ashe came to me.”

“I gave Ashe my word that if he ever needed help, I’d be there. I didn’t say, if you ever need help, I can refer you to someone. I promised I’d be there for him.”

“I get that.” Will did. It would be unreasonable to be irritated with Taylor for making those kinds of promises years before they’d ever met. He wasn’t irritated, and he definitely wasn’t jealous—he didn’t think—but Christ, Taylor could be so bullheaded.

“Do you?” There it was. That hint of cynical smile. “Because that’s not what I’m hearing.”

“What you’re hearing is me trying to work out what’s going to be best for all of us. We’re not bodyguards—”

“We’ve handled plenty of protection details, so don’t give me that. What’s your real beef?”

“My real beef is not two hours ago we landed the kind of job we’ve been hunting since we left the DS, and we both know we don’t actually have the manpower to carry it off.”

“So we’re going to be stretched thin. We should be used to that by now.”

“So, taking on another job—one that’s liable to be as time-consuming and distracting as this one
sounds—is not smart.” He shook his head.

“The hell. You think I can’t handle tracking down this Zamarion guy?”

“Of course I don’t think that. But come on, you know what this is going to be. Chasing smoke in the wind.”

“Then you admit it’s not an efficient use of our resources.”

Taylor opened his mouth, and Will added, “And while we’re on the topic of resources, I thought you were frantic to pay Richard back? Just this morning you said again how much you didn’t want to be in debt to him. Which is all the more reason not to take on a pro-bono gig that’s liable to jeopardize the first job we’ve had that might allow us to start paying off that debt.”

Everything Will was saying was true, so it was maddening to have Taylor keep looking at him with that skeptical expression like…what? What did think was really motivating Will?

“I see,” Taylor drawled. “If David Bradley came to us for help, you’d just give him the name of a good local firm and send him on his way?”

You can buy the book: