The 7 Habits of Highly UNsuccessful Writers 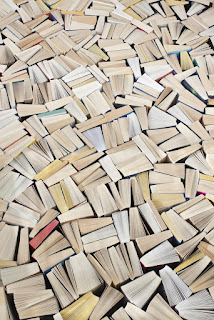 I discovered a new writing biz tool last week and FOR ONCE it's actually worth every penny. It's called Amazon Book Report and you can discover more about it here. It's perfect for writers like me who have a pretty good idea of the math, but rarely sit down and actually DO it.

Anyway, I was inspired to then go and do the math on my audio backlist, and that's a different story. A sad story if you love audio books--and my audio books in particular.

But I'll save that post for another day. In the meantime, I can't help noticing that my FB feed (and Twitter) is full of people handing out writing and/or marketing advice OR people in despair over their writing careers. Okay, and also people gloating about their writing careers, but there are fewer of them and they haven't been at it long enough to know how seriously to take that gloating.

I've been around a while and I'm reasonably successful, so I thought I would share some of my observations with those who feel they are not getting the success they deserve.

THE 7 HABITS OF HIGHLY UNsuccessful WRITERS

1 - You never submit anything because you're convinced it's "not good enough yet." You started what you believe will be your greatest work five years ago, and so far you have written the finest three chapters known to man. But they do need a little more work before you move on to Chapter Four...

2 - You submit everything -- or you self-publish and you don't have time or money for editing, cover art, formatting or even another re-read. You are terrified that the gold rush will be over before you can partake of the shiny. You firmly believe that "good enough" is all it takes these days to be successful -- especially when combined with aggressive advertising and marketing.

3 - Instead of analyzing your target audience, you spend hours writing ranty posts in which you attempt to redefine genre or sub-genre and offer guidelines as to who should be allowed to play in the sandbox. You are sure that if you just keep ranting, you will ultimately part the waves and convince readers they don't like what they do. 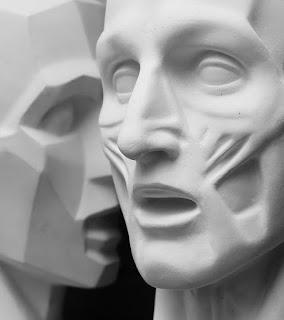 4 - You write hostile reviews of other writers under a sooper-sekret name on Amazon and elsewhere. Don't worry, you're not going to be found out. The danger lies not in being unmasked. The danger lies in the fact you've let your jealousy and insecurity get the better of you. Instead of focusing on YOUR career, you're busy worrying about someone else's. This is not a winning mindset. Or a sign of mental health.

5 - You believe everything you hear about writing not mattering-- that's it's all about social
networking, your mailing list numbers, marketing and advertising. Here's a tip. The "writing" may not matter, but the "storytelling" sure as heck does. You need to write stories that a lot of people can't wait to read.

6 - You believe your reviews. The good ones, anyway.

7 - You think because you've had some success, you now know all there is to know and you don't have to keep trying new things, pushing yourself, reading, honing your craft...you don't have to pay attention to the market or your readers (you don't even know who your core readership is) or what's happening in the world around you. You believe that success is a stable thing and once you've reached it, you're set.