Two new releases last week. Both of them short stories (I know! How very dare I!) :-D Wedding Favors is the sequel to Perfect Day, and I've talked a bit about it. It's just a very sweet, very simple little story about what happens when you fail to communicate. 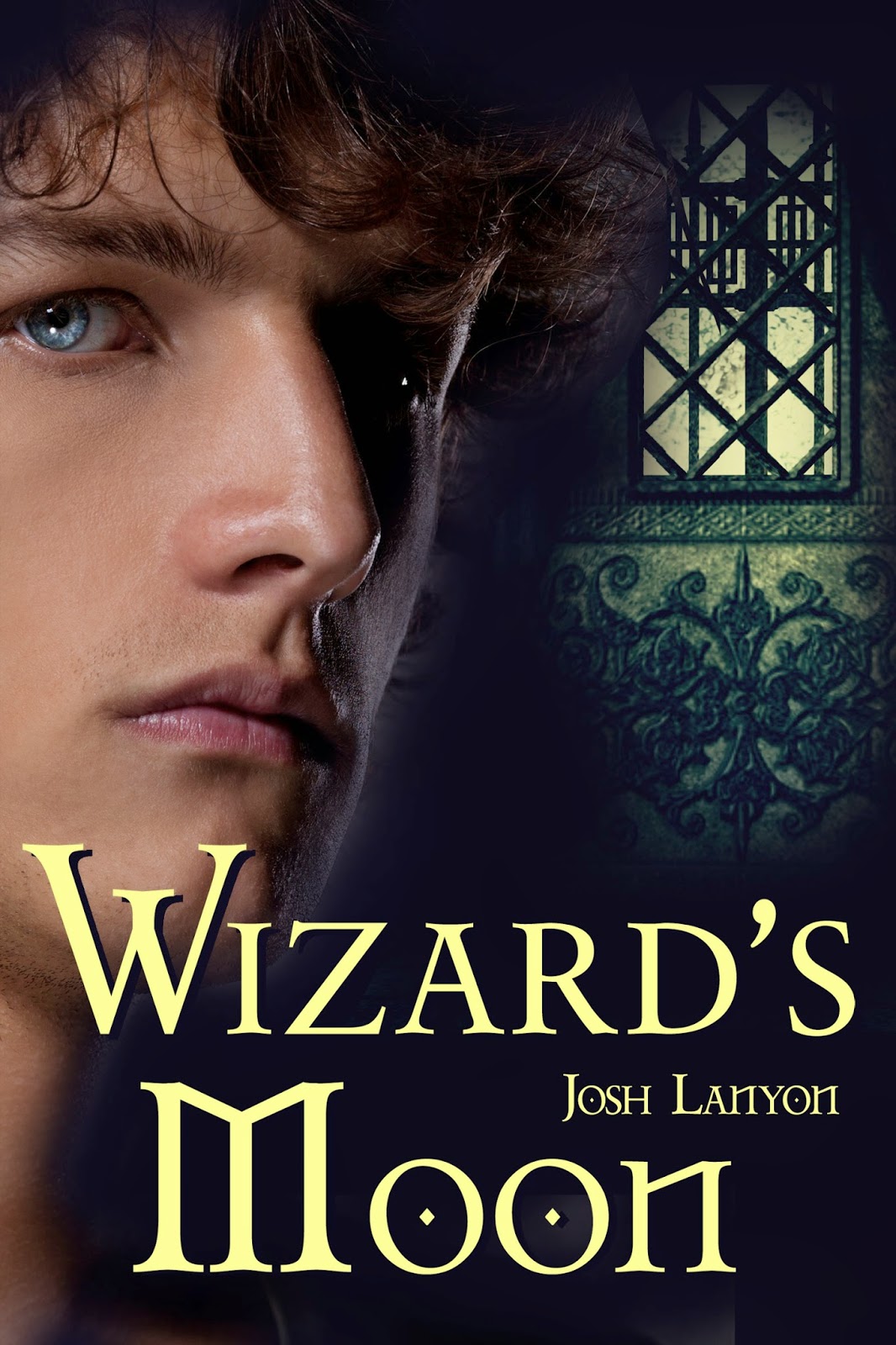 What I always find interesting is how often we think we *are* communicating. Because most of us do try in our relationships with friends and family to talk, to share, to express. Sometimes the problem is we're not saying as much as we think we are. Sometimes we aren't listening. Listening is a big, big part of the communication equation. And part of the trick is to listen to what people are not saying.

So that's Wedding Favors. And you can purchase it all the usual places including Kobo and Barnes&Noble and All Romance Ebooks.

And then we have Wizard's Moon.

The kid on the cover looks distractingly like my nephew, but that's another thought for another day. Cover art. And how much better a book does if you put an attractive human figure on the cover.

Anyway. Wizard's Moon is one of those long lost stories. Readers are always asking what I've got in those dusty back file drawers, and a lot of what I've got are short stories or half-written (abandoned) experiments.

Wizard's Moon was my first real attempt at writing fantasy, and my taste back then was very old school. Castles and dragons and elves and magick. I actually found the idea of spec fiction set in a contemporary setting troubling.

But our tastes and our interests change. Which is probably the understatement of the year.


That day was little different than the first. The wild flowers and crimson and gold-clad trees gave way to somber pine as they climbed higher into the purple mountains. The air blowing down from the snowy peaks above them was sharper still and Faro could feel it stabbing in his lungs.


On this day Jaxom spoke briefly of himself and his home in the North Country. He seemed to be reminding himself of these things rather than instructing Faro. Faro imagined a small but comfortable holding, self-contained and isolate. Jaxom was unmarried and without heir; devoting himself to his estates since his return to civilian life. Faro wondered where someone like himself would fit in. He also began to wonder why, when Jaxom’s holdings lay north, did they travel east?


He would have liked to ask questions, but Jaxom’s manner did not encourage. So he listened carefully. He chuckled when Jaxom made some dry comment and tried to meet Jaxom’s restless gaze often. In his years at Quix’s establishment he had discovered that most men desired to be listened to as much as they desired a good fuck. Jaxom Re was an educated man, a man of refinement. It might be that he was one of those who prized companionship as highly as sex. No one had ever desired such a thing from Faro before, but he began to hope it was true now.


He wondered too if perhaps for all his age and experience, Jaxom Re had never taken a boy to bed. This kind of restraint was unnatural, surely? Were that true, it left the thing in his own hands. He would have to watch for an opening. It wouldn’t be wise to let matters continue undefined for too long. He knew that he must make himself as near indispensable to Jaxom Re as he had been to Quix; though it had not saved him from being sold, his position at Quix’s had been secure for years and relatively comfortable. Jaxom had visited a whoremaster; he must have need of a whore’s services.


Faro was out of practice, and unwashed, unkempt, exhausted, after the past two days, he must look like a vagabond; even so it was best not to put the thing off for too long. Better to consolidate his position before they reached Jaxom’s holdings. He was surprised at his own diffidence in the matter.


As on the day previous they rode until Faro was sure he could ride no further, then Jaxom made camp.


This seemed beyond consideration. It made Faro uneasy in some ill-defined way. He ignored Jaxom’s order and wandered around the clearing, stiffly picking up twigs for the fire. He felt as though he were a hundred years old.


“Thank you,” Jaxom said when Faro delivered his bundle of sticks. “You’ve a helpful disposition. I suppose I see why your—why Master Quix was sorry to let you go.”


“He’ll be more sorry yet,” Faro retorted bitterly. “I’ve kept his accounts for these past three years. No one in that house has the least notion of record-keeping.” This had been on his mind all afternoon. Part of him was aggravated that all his hard work would soon be undone, part of him was vindictively pleased at the thought of the inevitable chaos.


Jaxom said slowly, “So it was true then, what Quix said about not—your not servicing the customers?”


Faro stared at the fire licking up to reach the stick Jaxom tossed at it. “I served Quix. In whichever way he chose.” Glancing up, he caught Jaxom’s tawny gaze. “Perhaps you think I should have run away?”


“I did run away. Twice. The second time…convinced me not to try again.”


Silence but for the crackling fire.


“Your hide’s not scarred. You look well fed.”


Faro tried to smile. “There are other ways of hurting. Ways that don’t leave you ugly.” He offered a smile. “I don’t stand pain well.”


For an instant something darkened Jaxom’s eye. Something that prickled the hair on the nape of Faro’s neck.