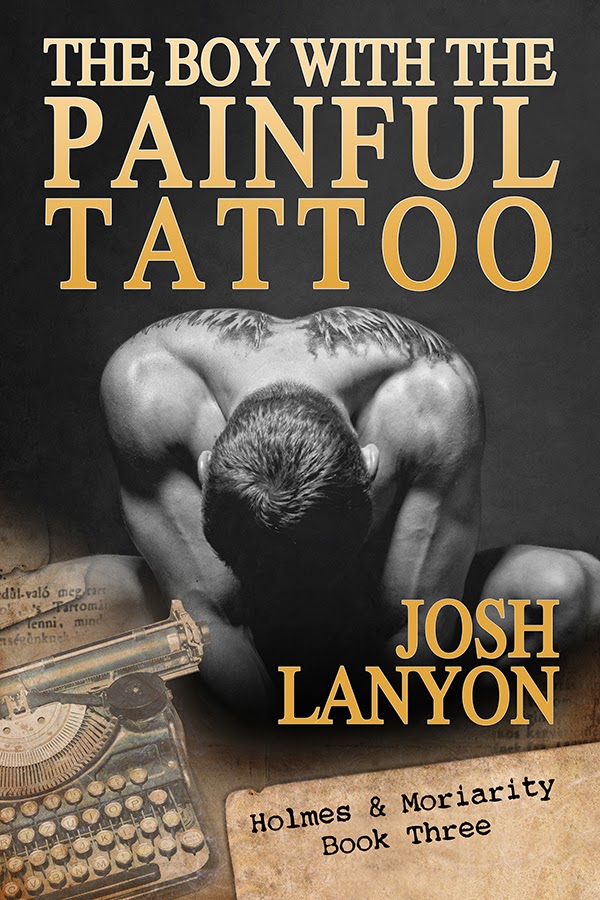 I was plummeting toward the finish line of THE BOY WITH THE PAINFUL TATTOO last week, and found myself unable to stop the train long enough to come up with a blog. That's actually what it feels like once you reach those final chapters. Like you would have to jump in front of a speeding train, Superman style -- to try and slow -- let alone stop -- that hurtle towards completion (or annihilation -- I can never tell at this point).

Anyway, the manuscript has gone to its final round of edits. There is still a bit of tidying up to do -- I woke up this morning and remembered I'd left out a conversation between Kit and J.X. -- and I skimped one of the sex scenes because the important thing that happens there is their dialog, but still! It's not JUST the dialog!

So now I have a couple of days to frantically try and catch up the last month and a half ton of email I've basically just had to ignore.  So much to catch up on. Oh! But I want to share this bit of good news for those who don't follow Goodreads, Facebook or Twitter. Kevin R. Free has signed on again to do the 3rd H&M book. The audio for BWTPT should be out about mid-November. If everything stays on track.

Meanwhile, I was looking for some good writing quotes this morning, and I came across this one by Chandler, who I love. I love him because he drank too much and he was irascible and he was brilliant. He shaped his genre. I like that in  a writer.

I don't entirely agree with this though:

I mean, yes. True. We see it all the time in zee brave new world of publishing. Writers who have been published all of fifteen minutes blogging earnestly about the use of adjectives or whatever. Lord God in heaven grant us mercy.  I don't know that it's that they're out of ideas, exactly, so much as they don't know what else to talk about. And they are shy about talking to readers, so they focus on their fellow writers. Also given the diary-like nature of blogging, a lot of this is just figuring out for themselves the kind of writer they want to be when they grow up.

And that's this week's thought.

Email ThisBlogThis!Share to TwitterShare to FacebookShare to Pinterest
Labels: holmes and moriarity, Kevin R Free, the boy with the painful tattoo