It's hard to interview someone I've known as long and as well as Lisabea. I respect her and I luff her. She's not
afraid to call a spade a spade -- usually Kate Spade. And generally two hours before she has to show up perfectly
coiffed. 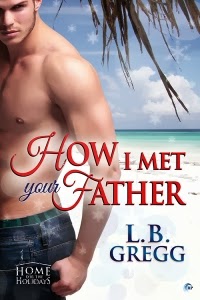 Five things I love about L.B Gregg
1 - She owns a percolator
2 - Her laugh
3 - She's game. For anything.
4 - Her smart, funny, no bullshit prose
5 - Her New England backbone. Also her New England funny bone.

Have you ever been a suspect in an arson case? Coz if not, I'm wondering how the local sheriff could have overlooked such a strange series of coincidences...


The cops only give me a second glance when I’m standing next to you, Lanyon.

What's the last piece of music you listened to? Did you sing along?

I’m listening to my WIP playlist now. Change by Churchill. I can’t carry a tune, so slurring and humming is involved. And I’m not even drinking! I’m answering interview questions.

You took two years off to build your mansion on the hill. The house is beautiful, but it's tough coming back from sabbatical. Thoughts?


Not as tough as Everest, and I’m no Tom Cruise, but it’s been an uphill climb. When I decided to renew myself, focus on my family, and build that dream house I did worry my readers wouldn’t remember me, or care to. Momentum is a crazy thing—it’s hard to build, and it sucks to lose it, but I’m still glad I took the time off. I wondered if you enjoyed your time off, though—and if the sabbatical came at a price?


See what I did there?

Martha Stewart versus Cat Woman. Who takes home the tiara?


Martha crafts a tiara out of organic hemp baker’s twine and pine cones, which sounds like a crown of thorns but is in reality an unachievable DIY masterpiece and after stealing it from Martha’s lofty brow, Cat Woman stuffs it right up Martha’s you-know-where. **cough**

When the story you’re working on is utterly lost and you somehow manage to find that magical thread again. It’s incredible—-partly because you can write again, and partly because creativity is the ultimate high.


I’m also a freak of nature because I think editing is fun. I love working with my editors to make a better book.


Least? I want to say the first draft, but really? Doubt. Doubt undermines everything.

I write romance novels. I keep that at the forefront of my mind. A good character in a romance novel is complex. Real romance is more than an unrelenting stream of orgasms or the pursuit thereof. Not that orgasms are a bad thing—or that I’m above writing sex –but a fully realized main character isn’t focused on his wiener. Characters with depth have purpose. Purpose drives them. Characters have dreams. They have jobs. They have hobbies. They have fears. They’re connected to their communities, or families, or friends. They laugh. And a lot like you and I, they make mistakes. Of course, in my books, the mistakes are usually ridiculous instead of angst-filled—like Mark braining Jaimie with a bible in the packed church on Ash Wednesday.

Have you ever broken a bone?

I have stubbed and broken the same toe more than twice. It’s not longer than the other ones; it’s just unlucky.

You're best known for your smart, snappy, sexy romantic comedies. Is there any genre you'd like to tackle but you're kinda sorta afraid?


Hah! NOT giving away any of my secrets, Lanyon. But I’ll tell you what I won’t write out of pure terror: historical romance. Unless it’s a parody. I would do that.


Are those wild stories about prep schools true?

The prep school world is all about intense pressure, competition, and rampant hormones. That’s an explosive combination, so probably the wild stories are more than a little true.


Men of 5: Sam and Aaron. Or, as I like to call it, The Inn Keeper and the Hamburgler.  The title says it all, right? This book features mysterious newcomer Aaron M. Saunders and Sam Meyers, manager of the only B&B in . There are cooking classes, and break-ins, and snogging in the pews of St. Joes.  Lots of familiar faces and places. You’ll love it. 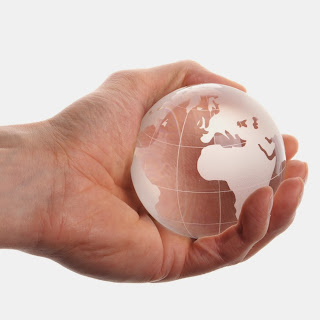 All time favorite dessert. Do you have the recipe?
Sticky Toffee Pudding. And I don’t have the recipe because once I learn how to make it, I’ll never stop eating it. I also love to try weird flavored ice creams, like rosemary, basil, or maple bacon.

You are quite the world traveler. Top three favorite foreign countries?


Guana Island (BVI) as most of the island is a nature preserve and it’s unspoiled.

When I’m writing full-time, I am a full-time writer.

What's out next? Are we going to see more of the Ce and Dan?

After the Fifth is complete, I buckle down on Romano and Albright Three. I have a title and three chapters, which I count as serious progress. I have made numerous trips to the city and the book is simmering on the back burner. I can’t rush this book. Of course, I can’t avoid it, either. But it’s up next. I love Ce and Dan, however, those two can be hard to pin down.

I’ve eaten an entire jar of Spanish olives in one sitting on more than one occasion. Salt is my weakness.
Posted by Josh Lanyon at 1:00 AM