Talking to Myself -- More Thoughts on ACX

I appreciate all the terrific insight and feedback got on my earlier ACX post. I got some good 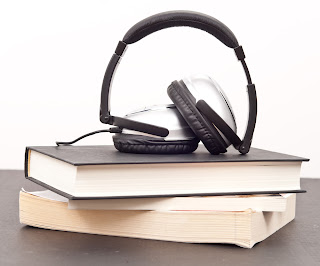 suggestions and workarounds -- and some useful perspective. As I said in that initial post, there's no question of not continuing with audio books, merely figuring out the best way to commission them.

Since that post I've sold 397 audio books on ACX. I won't know until I see the royalty statement for April how many of those sold at the super-duper $1.99 price, how many sold through Audible subscriptions, and how many sold at regular prices through Amazon, Audible, and iTunes. I don't know if those are respectable numbers or not, but they seem pretty average for my particular sales. The highest selling book was A Dangerous Thing (94), which does not have a pricing incentive attached, followed by Fatal Shadows (92) which does. The worst selling title was A Darkling Thrush (5). If I was going to attach a pricing incentive to any book, it would be that one. Audible doesn't see it that way, though, and no pricing incentive is attached. This is why I would like a say in pricing my own product.

In that time my titles have continued to dominate the Gay and Lesbian bestseller list on Audible (last time I checked, I had three of the top four titles) and A Dangerous Thing popped up on Audible's Mystery and Thriller Superstar list.

My post was picked up by a couple of other publishing blogs and it was interesting to read some of the comments. A number of people missed the point and thought I was complaining about the incentive pricing itself. The complaint was -- and continues to be -- not having any input or control over incentive pricing.

I certainly don't object to giving books away (regular readers will recall that I gave away over 50 trade paperbacks during December's Big Ass Book Giveaway, that I give audio books away regularly on Jessewave's Review site, that I made In Sunshine or In Shadow a freebie on St. Paddy's, etc.). I understand perfectly well how effective freebies and reducing pricing can be. But strategic pricing is just that. A strategy. It only makes sense to include the author in on the strategy.

Comment threads on other blogs diverged into the topic of self-publishing in general (I do self-publish, but I am also traditionally published -- and that of course is yet another issue. If the bundling is for a publisher-owned title, then I'm making considerably less on the ebook than I am when the bundling is for my own reissued titles) and -- I loved this one! -- whether it was even possible to commission a quality audio production for two thousand dollars. Short answer: go sample some of my titles at ACX and decide for yourself. 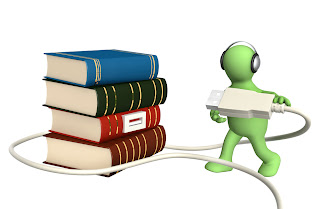 One thing I found interesting was the almost resentful attitude in some quarters that an author would "complain" about earnings -- or maybe even simply discuss money in public. But yes, shockingly, I am a professional writer and I do think about things like how much I earn. Especially around tax time. I think writing is the best job in the world, and I am grateful every day that I get to do this for a living. The catch is, I do have to earn a living at it.

I think it's useful when authors share facts and figures about their publishing experiences. Especially because, in our particular little genre, there isn't a lot of accurate, specific information. We know a lot about the romance genre in general, but I haven't seen a lot of breaking out m/m numbers from the bulk of romance. Plus, we see a lot of manipulating numbers and reviews on sites like Amazon, which contributes to the general confusion.  It would be great to have solid, specific information on our genre.

Anyway, I digress. I appreciate the advice and support I got -- I especially appreciate that you're continuing to the buy these audio books -- and never you fear, I will continue to make more!
Posted by Josh Lanyon at 1:00 AM