Come Unto These Yellow Sands Vs THE WORLD!!! 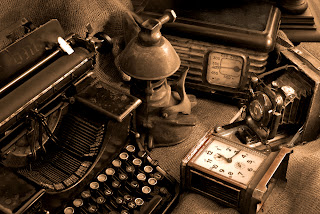 So I've changed the blog header to reflect the season. I know it's not officially spring for a couple of weeks, but frankly, we never really had a winter this year. Unless Mother Nature has something wet and icy up her flowing sleeve, I believe it's safe to call it.

I guess I should offer a full sabbatical update. Maybe later this week or this weekend? I have been busy, but to be perfectly honest, it's been pretty dull so far. Two years worth of taxes and a refi on the house, a lot of paperwork to catch up on (STILL catching up on), judging a couple of literary awards, and the business of getting all these reverting titles back into play under my own imprint.

Imprint sounds a bit grand. I mean...under my own name.

Anyway, several more titles will be coming back to me this spring -- and I'll also begin reacquiring print titles (though I haven't quite decided what to do with them yet).

Really that doesn't seem much to show for three months, does it? I cleared out the bedroom closets! That should count for something. 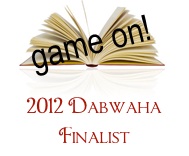 Ah! I did have a purpose in starting this blog! Just in case you suspected my mind was beginning to wander. Come Unto These Yellow Sands (which I personally think is one of my all time best efforts) has been nominated in this year's DABWAHA.

The GLBT field is especially tough this time around, but I still think I've got a fair shot. Anyway, the madness and mayhem begin this Sunday. You can find out more about how the whole thing works right here.

It was a lot of fun last time, I have to admit. Mostly because of the lengths readers were willing to go to for their favorite books and authors. Well, not just readers! Authors too. :-D

Anything could happen this time -- and probably will. Stay tuned!
Posted by Josh Lanyon at 10:53 AM

Email ThisBlogThis!Share to TwitterShare to FacebookShare to Pinterest
Labels: come unto these yellow sands, DABWAHA