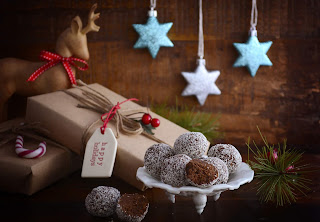 Brrrrr. It's very chilly this morning here in the high desert, but we have some fiction from Meg Perry herself to warm the cockles of your heart. Also make you chuckle. ;-)

Historians are a strange lot. I, Jamie Brodie, am allowed to state that, since I’m one of them. (Technically I’m a history librarian, but still.) We are only truly interested in our own area of study and will yammer on for hours about it with minimal prompting. I’ve even witnessed a couple of fistfights over matters as trivial as the purpose of Hadrian’s Wall. Did he build it to keep the Picts out, or his own soldiers in?
(Totally to keep the Picts out. The Romans were vastly outnumbered, and Hadrian knew it. The Picts were determined…)
Ahem. I digress.
UCLA’s history department is a proud bastion of oddity. My friend, Reuben Wolfe, will launch into a detailed discourse on the distinction between Pharisees and Sadducees with the least bit of encouragement. The department chair, Oscar Medeiros, loves to expound upon the political history of Nicaragua to anyone who will stand still. My least favorite professor, Marc Ballou, has a detailed mental map of every historic rancho in California, and will be pleased to inform you as to whom the land on which your house sits once belonged.
And then there’s Guy Snowden.
Snowden teaches occult studies, whatever the hell that means, which IMHO would fit better into sociology, or anthropology, or psychology...somewhere, anywhere other than history. But no. We’re stuck with him.
A few years ago he became entangled in a bit of police business, and was temporarily suspended when a handful of his former students was ritually murdered by a different handful of his former students. I kid you not. This was major news at UCLA, naturally, not to mention being incredibly bad publicity for the history department. Everyone in the department had dissected every detail of the crime, wondering aloud if they should have known…
At the time I asked my brother Kevin, an LAPD homicide detective, about it; he’d rolled his eyes. LAPD had assigned a couple of high-profile investigators to a task force which, quoting Kevin, was “a fucking waste of time.” As it turned out, Snowden himself solved the crimes, thereby achieving his reinstatement to the university. I didn’t know anything else about it.
Snowden wasn’t bad looking for an older guy. I guessed that he was in his mid-fifties. He was a few inches shorter than me and appeared to be in decent shape. He had long silvery hair and favored loose shirts, velvet vests, and Birkenstocks. Faintly ridiculous, to say the least. My husband Pete spotted him once at a gathering of Oxford University alumni and chuckled for the rest of the evening. 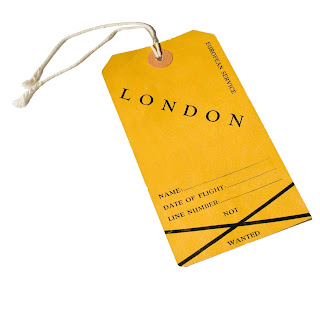 At that meeting, to my chagrin, I’d learned that Snowden was a fellow Rhodes Scholar. To my mind, he was the worst kind of Rhodes Scholar: he’d returned from his time in England - no more than three or four years, mind you - with a fake British accent. At the alumni meeting, he and I had exchanged pleasantries for a few minutes; when he’d walked away, Pete had muttered, “You’re fucking kidding me. Does he think he’s fooling anyone with that accent?”
I neither knew nor cared. But the experience cemented my opinion of Snowden as a total poser.
Snowden was also gay. I knew this because I’d run into him once - figuratively speaking - at Cloak and Dagger Books, my favorite mystery bookstore. Turned out he was involved with Adrien English, the owner. I didn’t know Adrien well, but Snowden sure didn’t fit my idea of Adrien’s type. Apparently he didn’t fit Adrien’s idea, either; Snowden had since been replaced with a tall, blond ex-cop.
Snowden never consulted me for research assistance, which suited me just fine. That way I only had to encounter him when, as the library liaison to the history department, I attended department meetings. Or when, as was the case today, I was invited to the department holiday party.
The party was scheduled for 3:30 pm. At 3:20, Avery Roth appeared at my office door. Avery was a former librarian, now a doctoral student in history. Avery’s topic of study was notorious Roman emperor Caligula; Reuben Wolfe was her faculty adviser.
Avery was balancing a party platter covered in aluminum foil and a glass bowl which looked like it might contain spinach dip. I said, “Need some help?”
“Yes, please.” She handed me the bowl. “Now it won’t look as if you’re coming empty-handed.”
“You said I didn’t have to bring anything!”
“You didn’t.” She grinned. “But this way no one will make snide comments. Not that they would anyway.”
“Not if they want their research requests answered speedily, they won’t.”
She laughed. “You have a fast lane and a slow lane?”
“Of course I do. Rule number one for university faculty: Don’t piss off the librarians.”
“Words to live by. Come on.”
We left the library and crossed the plaza to Bunche Hall, where we rode the elevator to the proper floor. I could hear the merriment already leaking out of the conference room down the hall. When we appeared at the door, Oscar Medeiros raised a Solo cup of punch in our direction. “Jamie! Avery! You’re just in time.”
We returned greetings and carried Avery’s veggies and dip to the table. I left her to unwrap the goodies and “excuse me”-d to the stack of plastic plates at the end, delighted to see that the plates were dinner-sized. Occasionally at such functions, the plates were only big enough to hold three meatballs and a celery stick.
I loaded up with meatballs in three flavors, plenty of Avery’s baby carrots and spinach dip, and a mound of Reuben Wolfe’s 100-proof rum balls. Reuben’s rum balls were rightfully famous among the faculty, and they always disappeared fast. I didn’t want to miss out.
I said hello to Reuben and was chatting with him and Avery about Caligula when I spotted Guy Snowden across the room - and did a double take when I saw who was with him, nearly dropping my plate.
Peter Verlane. 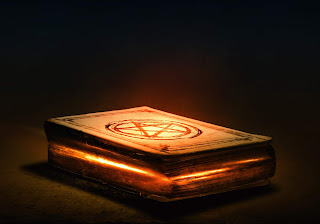 A couple of years ago I’d taught as an adjunct in the history department for extra income. Verlane had been in my medieval history class. He’d been a lazy student, who turned in sloppily researched papers but would waste precious minutes of class time arguing with me about the most mundane facts. He’d been an insolent little prick. So when he was arrested halfway through the quarter in conjunction with the ritual murders of Snowden’s students, I thought, Good riddance. He never formally dropped the class, so I was forced to give him an F at the end of the quarter, since he’d only finished half the coursework.
Why the fuck wasn’t he still in jail?
I would have ignored both of them, but unfortunately Verlane spotted me as soon as I noticed him. His face reddened, and he said something to Snowden, who glanced my way and lifted his Solo cup. I nodded in return. Verlane said something else, and they headed my way.
I murmured to Avery, “Incoming.”
“Who, Ballou?” She turned, saw Snowden, and said, “Oh. Shit.”
Reuben said, “Gee whiz. Places to go, people to see.”
I muttered, “Coward.”
He grinned and vamoosed. Avery, who feared nothing and no one, stuck by me. She whispered, “Who’s that with him? Is that the kid…”
“Yup.”
Snowden and Verlane arranged themselves so that Avery and I were trapped between them and a wall. Purposely? I wasn’t sure. Snowden said, “Jeremy. What a pleasant surprise.”
Another thing about Snowden: he insisted on using my full first name. Just another of his bizarre affectations. I said, “Hey, Guy, good to see you, too. Peter, are you on work-release or something?”
Snowden tut-tutted. Verlane scowled. “I served my time.”
Snowden added, “Peter is on parole. He’s paid his debt to society.”
I seriously doubted that. Verlane practically spit out, “I couldn’t come back to school here, thanks to you.”
I had to laugh. “Whoa, there. How is it my fault that you committed three counts of conspiracy to murder?”
“You gave me an F in your class.”
Avery snorted. I sighed. “Well, Peter, you didn’t drop the course, and you’d only completed half the work. I didn’t have another choice.”
“You could have given me an incomplete.”
“You would have had to request an incomplete. We don’t just hand them out like raffle tickets. Guy should have told you that.”
Snowden said, “I have explained our grading system, yes. Fortunately, Peter is continuing his education at CSU-Northridge.”
“Outstanding. Good luck, Peter. If I find any pentagrams painted on my sidewalk, I’ll point the cops in your direction.”
Verlane snarled. Snowden sighed. “That won’t be necessary.”
I didn’t get the impression that Verlane agreed.
Snowden chose to change the subject. He arched an eyebrow in my direction. “Jeremy, that’s an impressive collection of balls on your plate.”
Hoo boy. Sounded like Snowden had already been enjoying the rum balls. Avery burst out laughing. I said, “I don’t share my balls, Guy. Sorry.”
“No?” Snowden was smiling suggestively. He was an attractive guy...but hell to the no.
“Nope.” I popped a meatball into my mouth. “Only with my husband.”
“What a shame. You do realize that monogamy is not a realistic expectation for healthy adult males, don’t you?”
“That depends on the healthy adult male, doesn’t it?” I speared another meatball with a toothpick and pointed it in Verlane’s direction. “What’s your position on monogamy, Peter?”
Verlane clamped his lips together. He was frowning so deeply that his eyebrows met.
Snowden sighed. “Ah, Jeremy. Let’s not be combative in this holiday season. Have you visited Cloak and Dagger recently?”
“Yep, a couple of weeks ago. I understand that Adrien is engaged.”
Snowden made a sound of disdain. “Indeed. What a rum do that’s been. I cannot fathom Adrien’s attraction to that asshole Riordan.”
Verlane was still snarling. “Asshole cop.”
Avery said, “Watch it, Peter. Jamie’s married to an ex-cop and my dad is a cop. You’re surrounded.”
Verlane paled. Snowden shook his head sadly. “Et tu, Jeremy?”