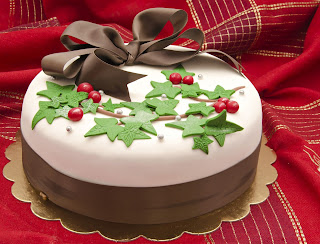 Brrr! Another chilly Monday morning because, regardless of the weather, it's a cold day in hell when you have to work during the holidays. (Okay, maybe I exaggerate.)

This morning we have something sweet and scrumptious from one of my favorite multi-talented peoplz, but I'll let Haldis do her own intro (since she actually went to the trouble to write one)!


When Josh announced she was opening up the advent calendar again this year, I had no clue what I would write…except that it would involve Mr. Pinkerton, of course. It was actually a picture from Josh’s post, a picture by Catherine Dair and a quote from I Spy Something Christmas…which brings me to Dickens…which brings me to a book…and cake…and then I decided we needed The Mysterious…and, well, you get the idea.
And then I decided to color (mostly in the lines) the semi corresponding picture by Johanna Ollila from Love is a Many-Colored Thing.
Enjoy and Happy Holidays,
Haldis

Mr. Pinkerton and the Christmas Cake

Mr. Pinkerton slipped past a pair of booted legs into the sparkling warmth of Ye Olde Book Store. He quickly moved to the side, so as not to be trod upon, and shook off the flakes of snow that had landed on his fur during his sprint from Miss Butterwith’s cottage. He didn’t have time for a proper grooming so he hoped he would dry quickly in the cozy bookstore as the store was nearly full to capacity with many of the village’s residents and also quite a few people that Mr. Pinkerton did not recognize. Geoffrey, the store’s owner, had told Mr. Pinkerton there would be something very special at this year’s holiday party.
Ye Olde Bookstore, always a very comfortable and inviting space, was all decked out for the Holidays with shiny baubles that, when he was younger, he liked to swat, and satiny ribbons that he would chew and pull and roll. But he was older and wiser now and did not engage in such activities. Much. Maybe once….or twice….a day. Anything more he left up to Kit, the resident bookstore cat.
Speaking of the little Ginger Fury himself, Kit came up and touched his nose to Mr. Pinkerton’s in greeting. And now that he thought about, Kit wasn’t so little anymore. In fact, he had grown up to a rather impressive young cat.
“Ah, Mr. Pinkerton,” greeted Geoffrey, as he grabbed a towel and started rubbing down Mr. Pinkerton. “We’ll get you cleaned up and then you and Kit can help me play host.”
“Meow,” agreed Mr. Pinkerton. With the gentle rub-down he was getting, Mr. Pinkerton most likely would agree to anything. He purred and leaned into Geoffrey’s touch.
“Alright, you two, which one of you wants to ride on my shoulder?” asked Geoffrey
Mr. Pinkerton, after a glance to Kit to make sure of no objections, sprang up to Geoffrey’s shoulder, being careful not to stick his claws into Geoffrey’s soft knitted jumper. Together they made the rounds greeting several residents before, at last, coming upon one of the visitors.
“Mr. Winter, welcome! We are so very honored to have you and Professor Crisparkle here tonight,” said Geoffrey
“Please, call me James,” said Mr. Winter. He gave Mr. Pinkerton a wary once over, but then looked back to Geoffrey.  “You have a lovely store Mr. Alleyn.”
Who’s Mr. Alleyn? thought Mr. Pinkerton.
“Oh, please, call me Geoffrey,” answered Geoffrey, apparently also Mr. Alleyn. Mr. Pinkerton found it strange the number of names that humans went by. Even after a year, Mr. Pinkerton still wasn’t used to Geoffrey calling Inspector Appleby ‘Andrew’.
Soon Geoffrey and Mr. Winter were off on a rather lively and enthusiastic discussion about rare books and Mr. Pinkerton was nearly dislodged from his perch and decided it was probably best to seek a safer vantage point. 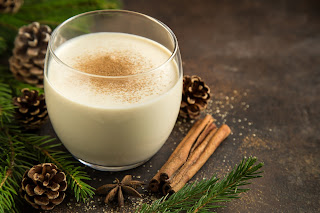 He jumped down on to a row of low bookshelves, stopping to sample a sip of eggnog out of an unattended tumbler, and just a small taste of cake on the plate beside it before  surveying the crowd. Kit was busy being the center of attention with Miss Butterwith and Mrs. Fox from down the lane. Inspector Appleby was in a discussion with a tall silver-haired man and a shorter darker-haired man. Mr. Pinkerton leapt across two bookcases to join them just as two other men, one blond and stocky, the other a little taller with glasses, approached Inspector Appleby.
“Fraser Fortune, from The Mysterious” said the blond man, holding out a hand to Inspector Appleby. “I was hoping for a word with you, Inspector.
“Uh, the mysterious what?” asked Inspector Appleby, shaking Fraser Fortune’s hand.
The man with Fraser Fortune snorted.
“This is my partner, Drew,” said Fraser Fortune, while glaring at Drew, though it looked like he was trying not to laugh.
“Ah yes, The Mysterious. I have watched your show, Mr. Fortune,” said the silvered haired man. He had an accent form the Southern United States, as soft and smooth as cream. He held his hand out to Frasier Fortune. “I’m Stephen, and this is my boyfriend, Mark.”
“Nice to meet you both, and please, call me Fraser,” said Fraser Fortune.
“So Frasier,” asked Mark. “Are you here tonight hoping to get a glimpse of the Ghost of Christmas Past, or perhaps of Christmas Yet to Come?” He had a certain glint in his eye, like a hunter, thought Mr. Pinkerton. Very like a cat.
“Well, actually no,” answered Fraser. He looked a bit sheepish.
“We’re here about a crime solving cat and a botanist. We were hoping for an interview,” said Drew and he grinned over at Fraser. “
“I’m sure Mr. Pinkerton would give you an interview,” said Inspector Appleby
“Mr. Pinkerton? I’m guessing he’s the botanist?” asked Fraser.
“No,” stated Inspector Appleby. “He’s the cat. What do you think, Mr. Pinkerton?”
“Meow,” agreed Mr. Pinkerton. He was feeling particularly agreeable this evening. Perhaps it was the friendly, festive atmosphere of the gathering. Then again, maybe it was the spiked eggnog.
Inspector Appleby leaned in close to Mr. Pinkerton and whispered, rather loudly, “You’ve got a bit of cake in your whiskers, Mr. Pinkerton.”
Mr. Pinkerton gave a quick lick to his paw and a hasty swipe down his face hoping he dislodged the errant crumb and then turned his attention back to Fraser Fortune.
“Meow,” greeted Mr. Pinkerton.
“Uh…..” said Fraser, staring open-mouthed at Mr. Pinkerton.
Well, thought Mr. Pinkerton, this was going to be an engaging interview.
Fraser Fortune continued to stare at Mr. Pinkerton.
Mr. Pinkerton stared back at Fraser Fortune.
“What’s the matter, dear?” whispered Drew to Fraser Fortune. “Never interviewed a crime-solving cat before?”
Fraser Fortune turned his glare on Drew, but Mr. Pinkerton could see the fond smile that played on his lips.
“Well, at least it’s not an ocelot,” said Mr. Winter, who approached from the side with Geoffrey.
“We’re ready to start the reading,” said Geoffrey, before anyone could ask about the ocelot. “You sure you don’t want to do it?” Geoffrey asked Mr. Winter. 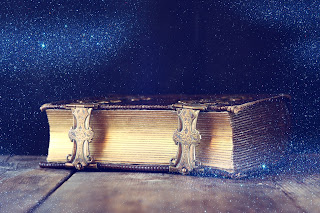 “Oh, no, Sedge is much better at that kind of thing,” answered Mr. Winter.
Geoffrey moved over to where a man sat in a high back chair with a red leather book in his lap.
“Good evening, everyone,” called Geoffrey. “It’s the moment we have all been waiting for.” Geoffrey grinned at the crowd. “I’ve always wanted to say that. It is my honor to introduce Professor Sedgewick Crisparkle and the reading of The Christmas Cake.”  Geoffrey clapped with the rest of the audience as he stepped away and rejoined Inspector Appleby.
“The Christmas Cake, by Charles Dickens,” read Professor Sedgewick Crisparkle in a warm clear voice. He opened the book, turned a page. “Our story begins with a fallen star. But the star is not the story,”
Mr. Pinkerton settled in to listen to the story as Kit came and curled up next to him. Miss Butterwith joined him and absently started stroking his fur as she listened to Professor Sedgwick Crisparkle. Mr. Pinkerton began to purr. With Kit next to him, his favorite person standing to one side, and Inspector Appleby and Geoffrey on the other, and surrounded by all of his friends, both old and new, Mr. Pinkerton could not have asked for a better Christmas and he thought of the words of another Dickens story that Miss Butterwith had read to him.
God bless us, every one!