Keir and Rick from IN SUNSHINE OR IN SHADOW


It rained Christmas day.
Rick originally had the day off. So had Keir, but the resigning and then unresigning had cost him his place on the holiday roster, so Rick gave up his spot too. At least that way they could share the misery.
And it was miserable. 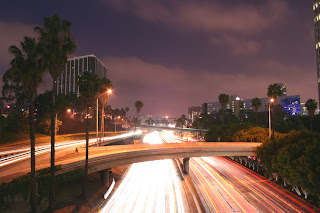 It started out mildly miserable, dragging their weary asses out of bed and into the station. The final day of four twelve-hour shifts. But things cheered up a little there. Some of the guys and gals had brought in cookies and cakes and fudge. There was decent coffee for once. And Santa gag gifts. Rick got a mug that said Good Cop. Keir winked at Rick and whispered, “Does that mean I can be Bad Cop tonight?”
Keir got a T-shirt that read Undercover Cop. Rick had murmured, “Under covers duty, huh?”
It was all talk anyway. They knew they were both going to be too tired to do more than fall into bed and kiss each other goodnight.
So much for the good times. The day turned seriously miserable with a domestic dispute that deteriorated into a homicide. Deke Johnson, 45, violated his restraining order and shot his ex-wife Harriet, 40, before their three kids and the family dog — right in front of the Christmas tree, no less.
The sad truth was, in addition to a rise in traffic accidents, family disputes and child custody battles, violent crime spiked around the holidays. Not just robberies and home invasions, but good old-fashioned homicide. Add a little melancholy and a lot of booze to the seasonal punch, and you had a recipe for one hellish witch’s brew. And the City of had a bad habit of getting drunk off her ass every Christmas.
Johnson didn’t deny murdering his wife, and he didn’t seem to care about being arrested. He did try twice to break free so he could explain to his hysterical kids why he’d had to shoot Mommy. The second time, Rick, who was royally pissed off at the idea of some self-centered asshole killing his ex in front of his own kids, knocked him down, and Keir leaped to intervene. The uniforms pretended not to see anything, and Keir hustled Rick outside.
The night was cold and smelled of smog and rain and eucalyptus. They walked past the crowd of neighbors and sightseers and crime scene technicians, around the side of the house, stepping over the dog bowls and tricycles.
Rick leaned back against the dripping siding and drew a couple of deep breaths.
Keir kept one eye on Rick and one eye on the wet, shining walkway, to make sure they were not disturbed. He didn’t say anything. He didn’t need to. Rick knew exactly what he was thinking, and he knew exactly how Rick felt.
“Sorry,” Rick said finally.
Keir shrugged. “It’s a fucked up night. Even if it is Christmas.”
“Sometimes it feels like we’re just garbage men. We’re just here to clean up the mess.”
It was startling to hear that from Rick. Keir was usually the one the job got to. He said firmly, “No way. We’re the guardians at the gate. We’re keeping the wild things out tonight.” Not all the wild things, but they were only human. They did what they could. He hooked his arm around Rick’s neck and brought their heads close together. Their warm breath mingled. Keir said softly, “And tomorrow we start three days off.”
Rick nodded. 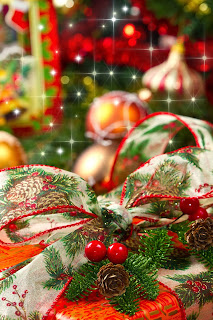 The rest of their shift was mostly uneventful. It was by the time they stopped off to eat on their way home. A Chinese Restaurant in Van Nuys. The place was dimly lit — emergency and Christmas lights only — and nearly deserted. Christmas music was playing. They got a booth way in the back. They ordered their dinner and then quietly, circumspectly, held hands across the table until the waitress started down the aisle with their meals. When she left, they went back to holding hands.
Every time Keir looked across the table, Rick’s gaze met his, and they smiled tiredly at each other. Not the best Christmas ever. But they were together and somehow that went a long way toward keeping it from being the worst Christmas ever.
Rick broke open his fortune cookie, read the little piece of paper, and laughed. He nudged Keir’s foot under the table.
Not the best Christmas ever. But looking good for the best day after Christmas ever.
Posted by Josh Lanyon at 1:00 AM

Email ThisBlogThis!Share to TwitterShare to FacebookShare to Pinterest
Labels: Christmas codas, holiday romance, in sunshine or in shadow