Exclusive to Patreon - Seance on a Summer's Night 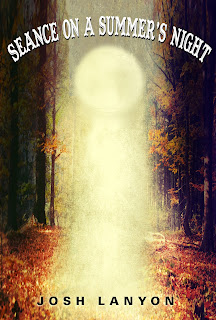 I posted a few weeks back about my decision to start a Patreon account.

Anyway, one of the "rewards" I'm giving at the three dollar contribution level is access to an exclusive serialized novel called Seance on a Summer's Night.

It is a wacky tale of possession and murder and, well, male/male romance.


Theater critic Artemus Bancroft isn’t sure what to expect when his aunt summons him home to California with vague but urgent pleas about being unable to cope with “the situation.”

What the situation turns out to be is the apparent haunting of Green Lanterns Inn--and rumors that Auntie Halcyone may have murdered her philandering husband.

In fact, the rumors seem to have been started by the late Mr. Hyde himself—from beyond the grave.

And here's a wee snippet of an excerpt:


I started down the brick walk leading to the lower garden but found the path ended in a tangle of weeds. Looking beyond, I saw that the maze, an intricate pattern of hedges covering an acre of ground, was as neglected as the rose garden. Good luck finding your way out of there now. The shrubs, which had always been clipped to geometrically precise forms and whimsical topiaries of deer and lions, were now unkempt blobs, the new leaves a pale, eerie green. The smooth velvet lawns that had rolled like a carpet down to the swimming pool were dotted with yellow dandelions.

What the hell was the excuse for this? Okay, Aunt H. and Liana were currently living like nuns, but what did their lack of social life have to do with the upkeep of the grounds?

I turned back toward the house, cutting through a break in the vegetation. Turning the corner, I spotted a man leaning on a hoe and staring intently at the house. He wore one of those brown felt Aussie hats, and though it was still early and cool in the shade, he was shirtless. Though his back was turned to me, I knew he was a stranger. Presumably the new gardener, who wasn’t afraid of ghosts. He had an exceptionally nice back—lean and lithe. Wide shoulders and narrow hips. What was he looking at so intently?

The gardener must have heard something because he turned suddenly, studying me with a hard, blue appraisal. Or maybe I imagined the hardness because the next instant he was smiling cheerfully.

“Hey there. Lose your way through the woods?” He was about my age, his voice friendly. 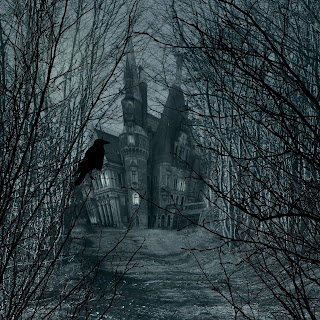 That broad white grin was hard to resist, like stepping into sunlight after miles of deep shade. My spirits rose for the first time since my return to Green Lanterns.

“Ah.” He cocked his head, his gaze quizzical. Really, his front was just as appealing as his back. In fact, he was unexpectedly good-looking in a rugged, dirt-under-the-fingernails way. His eyes gleamed in his sunburned face. His dark stubble looked almost fashionable. “Right. Ulyanna said something about you visiting. Well, I’m Cassidy, the head—and so far only—gardener.”

“Nice to meet you, Cassidy.”

To be honest, he was not like any gardener I’d ever met before. A feeling reinforced as he reached automatically to shake hands but then realized his were stained with mud. Not that I’m a big believer in the Upstairs Downstairs paradigm, but I’d never known one of the gardeners to try and shake hands before. I stared at his hand. His fingers were long and slender, his palm newly blistered.
“I was weeding the dahlias,” he said.

I glanced down at his feet. He wore boots, which were firmly planted in the midst of a clump of the flowers he had been weeding. “Those aren’t dahlias,” I said. “They’re begonias.”

His brows knitted. He gazed down at the flowers, then offered that grin again. He probably got a lot of mileage from that expression. “You say potato, I say potahto.”

“Oh? Because it seemed like you were saying tomato,” I retorted.

He laughed. “They should have told me you were a horticulturist.”

“Nope, just a regular subscriber to House and Garden.”

Again, I couldn’t ever recall a gardener—or any employee at Green Lanterns—asking me what I did for a living. It wasn’t that I minded him talking to me like a peer—he was a peer, if we were going to get philosophical about it—but it also wasn’t typical behavior.

“Sure I do.” I had the funniest feeling he’d already known what I did for a living before I answered.
He continued to give me that direct blue stare. Not just direct. Admiring. It had been a while since anyone looked at me like that. And while I can’t say I minded, this too was kind of odd coming from the new gardener.

“So you’re out here taking your morning constitutional?” he inquired. There was a little edge of mockery in his tone.

I responded in the same tone, “Surveying my domain.” 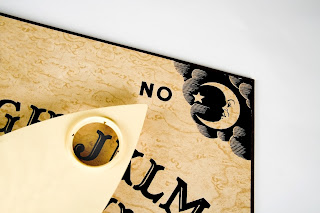 “Your aunt’s a late sleeper, is she?”

“And the other lady. Mrs. Hyde-Kent? On the eccentric side, I’ve heard.”

“Where did you hear that?” I inquired.

He shrugged. “Holds séances, doesn’t she?”

I stared back at him. Said nothing.

His eyes flickered. “Well, duty calls.” He lifted his hat in a parody of servility. I wouldn’t have been surprised if he’d tugged on his forelock. Assuming he had one under that wide brim.

His eyes continued to search mine, and disconcertingly, I saw a smile lurking in those blue depths.

My momentary irritation vanished. Rude, impertinent, odd, whatever, there was something inexplicably likable about Cassidy.

I decided to get the last word by saying nothing.

As I went up the stairs to the front portico, I couldn’t help considering Cassidy. He was attractive, no question, but there was something…off about him. Kind of like his clothes. It wasn’t that they were wrong—although I’d never seen a gardener in one of those Akubras before—but they reminded me of a costume rather than work clothes. That was it. Something about Cassidy reminded me of an actor playing a part—and a slightly miscast actor at that.

Never mind not knowing the difference between a dahlia and a begonia. Shouldn’t a gardener, someone who worked day in and day out in the open, be a lot more weathered-looking? He was as sunburned as any frat boy on the first day of spring break. And surely, if he used garden tools over any length of time, his hands would have become hardened, calloused, stained. They weren’t. He had blisters.

You can start reading the first two chapters when you subscribe through my Patreon page here.
Posted by Josh Lanyon at 1:00 AM