Love in the Time of Cholera 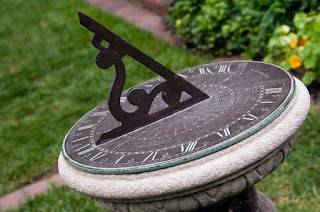 OR choose your pandemic.

It's true. Crisis really does bring out the best--and worst--in people. Which is why it's good to watch the news, but you have to guard against overload. California has now been locked down since March 19th, and glued-to-the-television is kind of a default.

At first I was watching the presidential briefings, but my screaming and cursing was terrifying the dogs, so I now skip them entirely. I know I'll be watching the recap all evening long as news commentators try to make sense of things like...the government shipping PPE to warehouses WHERE VENDORS WILL THEN SELL THOSE ITEMS FOR PROFIT TO THE VARIOUS STATES--OR EVEN OVERSEAS.

Yeah, you got that right. That much-needed PPE might not even stay in the States if overseas bidders can pay more.

Not to politicize things, but politics are kind of why we're in the fix, we're in.

I'm writing, but it's slow going. It's much easier to tackle stuff like audio compilations and sorting through old manuscripts and reformatting books.

That said, Secret at Skull House will come out at the end of this month. Haunted Heart: Spring will come out probably mid-June. And Bell, Book and Scandal is being moved to the fall, likely Halloween.

According to Amazon--whose preorder policy was apparently designed by a disgruntled schoolmarm (IN MY DAY WE DID OUR HOMEWORK ON TIME OR WE GOT A PITCHFORK IN OUR BACKSIDE!!!)--all my preorders have now been canceled. I can't tell if that's accurate or not. I can still see the pre-order numbers, but that could just be a record of what was there. Maybe if you pre-ordered Secret at Skull House, you can check to see if your order is still live.

They did sort of make allowances for COVID19, but not really. They'll waive the losing-preorders-for-a-year penalty ONE TIME ONLY, but if you've got a number of pre-orders stacked (as I do) it doesn't actually help. Once you miss a deadline, it's the domino effect. Whatever. Amazon wants authors to do pre-orders, but they're so inflexible and impractical in their set up, that I'm actually okay losing them. I compared numbers year to year, and it turns out the years I had pre-orders were no higher in earnings than the years I didn't.

HOWEVER, that cancellation does create a huge inconvenience for readers who think they've ordered the books, think they're coming any minute, and then find out their order was deleted. I'm truly sorry--I did speak on three separate occasions with Amazon, and they just won't budge.

On the bright side, if you pre-ordered elsewhere--or you're in my Patreon group--you're covered.

OH. On the OTHER bright side, Bank of America finally figured out the mysteries of my personal checking account. OH. BUT NOW THEIR WEBSITE WON'T ALLOW ME TO UPDATE MY BUSINESS ACCOUNT INFO. hahahahahahaahaha. I mean... Honest to God. You have to laugh or you'll start hitting your head against the wall.

But I mean, the good thing about a pandemic is it really puts all this other nonsense into perspective. So far my family is still healthy. So far we have a roof over our heads. So far we have enough to eat. So far I have a job. (A job I love.) So far we can pay our bills. It's one day at a time.

In fact, in some ways, it's weirdly relaxing to know you CAN'T go anywhere, can't do anything but stay home and deal with all the things there are to deal with in your own backyard.