Well, time is running out on my beach resort vacation. Knowing me, I'm looking forward to being home but already missing Catalina Island.

Anyway, on Tuesday The Mermaid Murders goes live! It's always exciting to launch a new series. I plan to write this particular trilogy quite quickly with a book out each March for the next two years. I think I've made a mistake in letting so much time lag between books in all these other series. But you know, to some extent this is all determined by creative drive. You don't want to thwart it too often or it really takes the joy out of the work.

The next adventure for Kennedy and West will be The Monet Murders. Which, to my ire, turns out to be a surprisingly popular title for a mystery. HOW DARE SOMEONE(S) THINK OF THAT BEFORE ME?!

Nonetheless that's what I'm calling it. 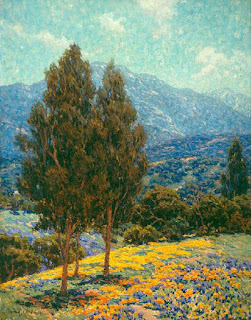 I'm a big advocate of doing a lot of the work before you ever begin writing. I like to outline and I like to have a pretty good idea of who my characters are and what their big conflict will be. That said, writing is an organic process and there are always surprises and discoveries along the way. That's why writing is as addictive for writers as it is for readers. We also get to lose ourselves for hours at a time. Not in the same way, but it's equally powerful for all that.

So here are a couple of things I discovered about Jason West and Sam Kennedy as I began to write their story:

1 - Sam is from Wyoming and was raised by a single mom in a conservative small town.

I had originally thought he might be from Texas and that he would come from a large family. But no.

2 -  Jason is a winker. (NOT a wanker! I did not say WANKER.) He's one of those smooth, maybe a little too smooth guys used to offering one of those knowingly charming smiles and winks...and watching everyone melt into a puddle.

But that's because he was a skinny, fragile kid with braces and a chronic case of heart-on-his-sleeve, so he's worked hard and long to build up that aura of cool charm.

3 - Sam has a masters in Criminal Psychology.

I thought his background would be law enforcement! I did not see him as someone who had actually spent a lot of time cracking psychology books. 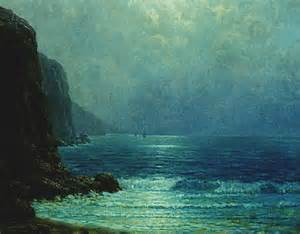 4 - Jason's parents are elderly. He was a surprise baby who arrived after they'd already raised their two daughters.

I pictured him as a middle kid with a middle kid's insecurities. But he's actually not particularly insecure. About really anything. He's more emotional than I expected, more passionate. Very loud during sex. :-D I was thinking he'd be more quiet and restrained.

5 - They both love the artist Granville Redmond.

Where the heck did that come from?! I don't know. But it's a sure sign they are Meant To Be Together.

Email ThisBlogThis!Share to TwitterShare to FacebookShare to Pinterest
Labels: The Mermaid Murders, writing