If You Don’t Answer, I’ll Just Ring it Off the Wall 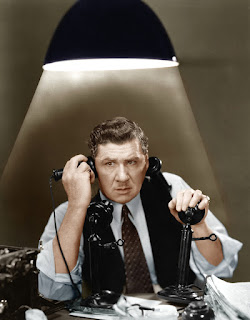 I’ve been catching up on my Publisher’s Weekly reading. One of the January issues had a couple of interesting articles on social media. Key word being discoverability. Due in part to the current glut caused by self-publishing, every author is fighting the same battle – where to find that rare species of reader who doesn’t ultimately want to be a writer? Here in niche publishing, we’re like leopards competing for prey on the Serengeti. Every week there are a slew of new releases. New titles from new authors. How can they all survive and thrive?


Well, they can’t. Which I guess explains some of the exciting goings on in recent days about who, and who would not, be attending various conferences. So...discoverability.


Does it have to be face-to-face and up close? No. Not at all. That's part of the joy and beauty of ebooks. Most of the marketing happens online. And it's not just ebook authors who stick to the airwaves for promo. The majority of print and mainstream authors don't spend time doing signings and conferences the way they used to. We have the tools, we have the technology, that allow us to reach many, many more people in a matter of days than we could reach in person over a matter of years. However, in the PW article, a number of media experts were interviewed and one of the big points made was that authors largely use social media incorrectly. Which naturally caught my attention. Their point was something I’ve been saying for a while (but had started to wonder about). Quality not quantity.


Everyone is focused on building those lists of followers and friends. We get caught up in the numbers game. I do it too. I start thinking of ways I could ramp up my numbers on Twitter, on Facebook, on Goodreads, here on this blog. I don’t want to look less popular than the other kids!


But the point these media experts were trying to make – the counsel they give their clients – is that it is all about the quality of the interaction. Their suggestion was that having lunch with three readers was more valuable in practical terms than adding a thousand followers on any social media site you care to name. 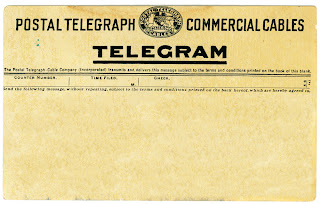 Now, granted, you have lunch in person and that gets back to the panic over how few opportunities authors have to interact face-to- face with readers. But it isn't the face-to-face that matters most. It's what happens during that lunch. And what happens is time is spent and attention is paid. And this can be done in person or from a distance. You simply have to be willing to interact in a real and meaningful way with your readers.

According to the experts (who are all paid by authors to boost their discoverability) too much of our social media interaction is focused on advertising to customers. That's the wrong way to think about it. The original intent of social media was to…socialize. It was achieving something that could only previously be achieved in person. And, yeah, you don't have to tell me that socializing is easier when we have a few drinks and our friends around us. Believe me, I totally get why conferences are a great idea and why writers want to attend these conferences . Not just to meet readers, but also to network with other writers.


Anyway, I’m lucky enough to have a remarkably loyal and engaged readership (and thank you for that), but there’s always that feeling of…should I be doing more? I see authors in this very genre with tens of thousands of followers. And though it’s obvious from their various social media sites that there’s not much real interaction, and though their Amazon numbers and reviews aren’t any better than mine, there is that persistent feeling of unease. Am I doing enough? How can I keep my current readers happy and engaged? How can I reach the readers who don't currently know me or my work?

(I don't know the answer, by the way. This is just me thinking aloud.)

Face-to-face interaction is not always possible, but I'm here to tell you that you can still reach readers and form meaningful relationships -- relationships being what it's all about -- through social media and your online presence. You just have to use social media the way it was intended. For socializing. In a manner that is both fun and professional.
Take the time to really interact with readers. Not only is it more effective, it's more enjoyable for you. I mean, if we'd wanted to be salesmen we'd all have jobs with Encyclopedia Britannica, right?

Oh. No we wouldn't, because that's all done online now. Which is kind of my point.